Phil Selway net worth: Phil Selway is an English musician, singer, and songwriter who has a net worth of $35 million. Phil Selway was born in Abingdon-on-Thames, Oxfordshire, England in May 1967. He is best known for being the drummer of the band Radiohead. The band released their debut studio album Pablo Honey in 1993 and the album The Bends in 1995.

Their 1997 album OK Computer reached #1 in the UK, Belgium, and Ireland. Their next four albums Kid A, Amnesiac, Hail to the Thief, and In Rainbows all reached #1 in the UK and several other countries. Radiohead released the album The King of Limbs in 2011 and their 2016 album A Moon Shaped Pool #1 in the UK and Ireland. Radiohead has had success with the singles "Creep", "High and Dry", "Fake Plastic Trees", "Paranoid Android", "Karma Police", "No Surprises", and more. Selway is also a member of the band 7 Worlds Collide and has worked with the charity Samaritans since 1991. 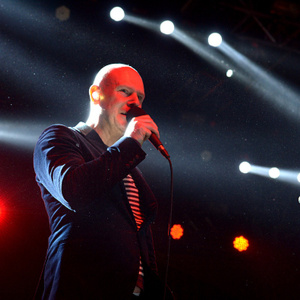