How much is Phil Rudd Worth?

Phil Rudd Net Worth: Phil Rudd is an Australian drummer who has a net worth of $50 million. He is most noted for acting as the drummer for AC/DC, a hard rock band that has sold millions of albums and had a number of hit songs.

Phil Rudd was born as Phillip Huge Norman Witschke Rudzevecuis in May of 1954. He hails from Melbourne, Australia, where he was born to Lithuanian parents. Despite a brief hiatus from 1983 until 1994, the band has been together since 1975 and continues to tour and play shows throughout the world. For his efforts, Rudd and the rest of his band mates were inducted into the Rock and Roll Hall of Fame in 2003. Rudd is the owner of a marina restaurant in Tauranga, which he named Phil's Place. Rudd continues to reside in Tauranga, New Zealand. Rudd first started playing the drums as a teenager, when he began to seriously explore his options as a professional musician. He went on to play in various bands before hearing through a friend that AC/DC was looking for a drummer. Though his audition mate backed out, Rudd continued with his trial and was hired on the spot as the band's new drummer. 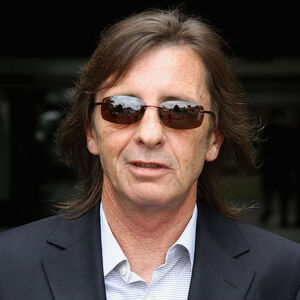