Phil Lynott net worth: Phil Lynott was an Irish musician, singer, and songwriter who had a net worth of $2 million. Phil Lynott was born in West Bromwich, Staffordshire, England in August 1949 and passed away in January 1986. He was a founding member of the band Thin Lizzy and also the lead vocalist, bassist, and songwriter. The band formed in 1969 and released their self-titled debut studio album in 1971. Their 1976 album Jailbreak reached #10 in the UK and #18 in the US. Thin Lizzy's 1979 album Black Rose: A Rock Legend reached #2 in the UK and their albums Bad Reputation in 1977 and Thunder and Lightning in 1983 both reached #4 in the UK. Their most successful singles include "Whiskey in the Jar", "The Boys Are Back in Town", "Jailbreak", and "Waiting for an Alibi". Lynott also released the solo studio albums Solo in Soho, The Philip Lynott Album, and Yellow Pearl. He also formed the band Grand Slam and had a hit with Gary Moore with "Out in the Fields". Phil Lynott passed away on January 4, 1986 at 36 years old of pneumonia and heart failure due to septicemia. 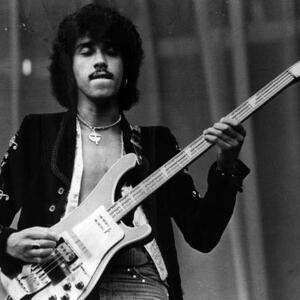