Phil Lesh Net Worth: Phil Lesh is an American rock musician who has a net worth of $50 million dollars. Phil Lesh is most widely recognized as the bass player for the hugely popular band, The Grateful Dead. He is also a founding member of the group, which disbanded in 1995. He has formed and performed with a number of bands since 1995 including, Phil Lesh and Friends, The Dead, and his current band, Further, with fellow Grateful Dead member Bob Weir.

He was born Phillip Chapman Lesh on March 15, 1940 in Berkeley, California, He played bass guitar for The Greatful Dead for four decades until it disbanded in 1995. Lesh got his start in music as a violin player. It was in high school that he switched to trumpet and then to bass guitar. In 1965, he was one of the band's initial members that formed the combo in Palo Alto, California. Known for its unique and eclectic style and closely associated with the hippie movement, the Grateful Dead released 22 studio albums that were accompanied with many live concerts. After the disbandment of the band, Phil Lesh went on with the tradition of his former band and performed with groups such as Phil Lesh and Friends. It was a positive impact on his musical career. Recently, Phil Lesh opened a venue known as Terrapin Crossroads in Marin County, California, a place he and one of the founding members of Grateful Dead, Bob Weir, perform together.

Phil has lived for many years in the upscale Marin County town of Ross. 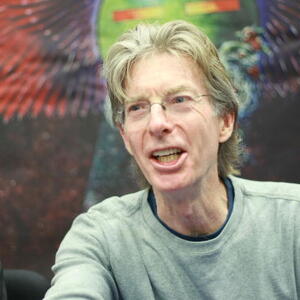