What is Phil Collins' Net Worth?

As of this writing, Phil Collins has sold more than 100 million albums worldwide both as a solo artist, as well as a member of the band Genesis. Phil Collins, Michael Jackson, and Paul McCartney are the only three artists in history to sell more than 100 million albums as a solo artist and a member of a group. He has received seven Grammy Awards, two Golden Globes and an Oscar for his work.

In a touring year, Collins can earn as much as $50 million. For example, after his" Not Dead Yet Tour" grossed $90 million, he earned $45 million.

Philip David Charles Collins was born on January 30, 1951, in Chiswick, Middlesex, England (what is now part of the London Borough of Hounslow). He has two siblings, and they were raised by their parents Greville Philip Austin Collins and Winifred June Collins (née Strange). When he was five years old, Collins was given a toy drum set. He loved it, and as he grew and practiced and got better his parents would replace it with more complete sets. He cites the Beatles, and especially Ringo Starr, as a major influence.

Collins started his professional music career in 1970 as a drummer of the group Genesis, which had already released two albums. While in Genesis, he also served as a backing vocalist for front man Peter Gabriel. However, he did get the chance to sing lead on two songs, "For Absent Friends" from 1971's "Nursery Cryme" album and "More Fool Me" from 1973's "Selling England by the Pound". 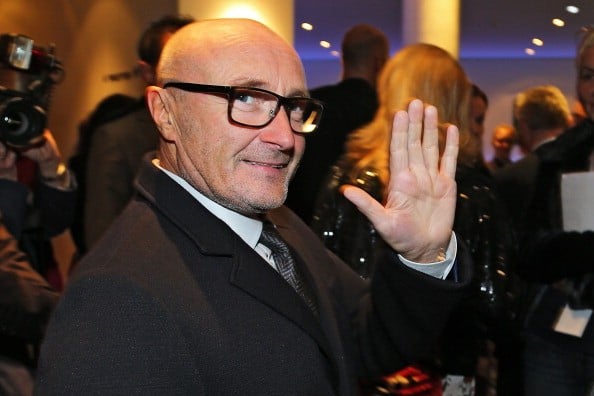 Phil's 1985 album "No Jacket Required" sold over 20 million copies worldwide and still stands today as one of the best selling albums ever.

Following his departure from the band, he formed the Phil Collins Big Band, with him on the drums. They toured around performing jazzy tunes and renditions of Genesis and Collin's own material. In October 1996, he released "Dance into the Light", his sixth solo studio album. Although it reached No. 4 in the UK and NO. 23 in the US charts, it had a poor critical reception and had a poorer commercial performance than any of his previous solo albums.

Collins was recruited by Disney to write and perform songs for its upcoming animated film "Tarzan" (1999). The results—featuring Collins singing his songs in English, French, Italian, German and Spanish for dubbed versions of the film and soundtrack—were widely well-received. In particular, the track "You'll Be in My Heart" spent 19 weeks at No. 1 on the Billboard Adult Contemporary chart, which up until then was the longest time a single track had spent in that spot. Additionally, for "You'll Be in My Heart", in 2000 Collins won the Academy Award and Golden Globe Award for Best Original Song. 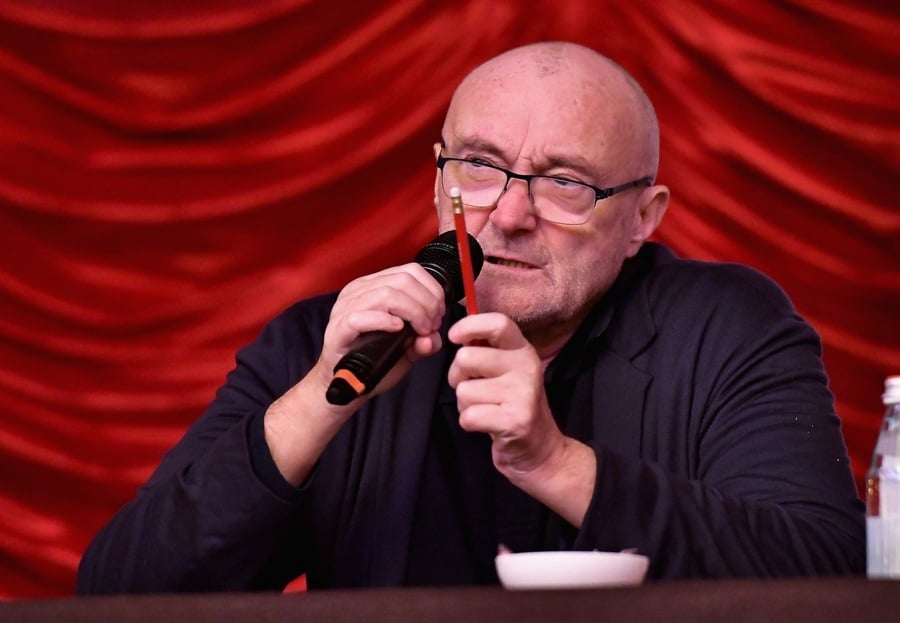 In 2002, Collins release the album "Testify", which was the worst-reviewed album at the time of its release (it has since been surpassed). In 2003, he returned to Disney to perform on the soundtrack of their animated feature film "Brother Bear" (2003). Not only did he sing several songs on the soundtrack, including "Look Through My Eyes", but Collins also served as a composer and songwriter. He released his eighth solo album "Going Back" in 2010.

Awards and Other Work

In 2015, Collins signed a deal with Warner Music Group to remaster all of his solo albums. Then, in 2016, he published his autobiography, "Not Dead Yet". Since then, he has remained busy with touring, both as a solo act and also with Genesis (the band have reunited a few times, such as in 2006 for their "Turn It On Again: The Tour" reunion tour). His solo work brought him both fans' following and accolades, including seven Grammy Awards, six Brit Awards, three American Music Awards, an Academy Award, two Golden Globe Awards as well as a Disney Legend Award.

Collins has been married three times, and divorced three times. Over the course of his three failed marriages, Phil Collins has paid his ex-wives a total of $84 million in divorce settlements, roughly half of which went to his third wife, Orianne Cevey, as we detail in a moment.

His first marriage was to Andrea Bertorelli, from 1975 to 1980. They were actually classmates in a drama class in London, and first met when they were 11 years old. They later reconnected at a Genesis performance in Vancouver, and began a relationship. Together, they have one son, Simon Collins, the former vocalist and drummer of rock band Sound of Contact.

His second marriage to Jill Tavelman lasted from 1984 to 1996. Their divorce settlement included a reported $25 million payment from Collins to Tavelman. Together they have one daughter, the actress Lily Collins.

His third marriage, to Orianne Cevey, lasted from 1999 to 2008. As part of their divorce settlement, Collins paid Cevey $45 million. They have two sons together.

He was then in a relationship with Dana Tyler, an American news anchor, from 2007 to 2016. After their split, he moved to Miami, where Cevey and their two sons were residing. Reportedly, he then reconnected with Cevey.

In 2015 Phil Collins paid $33 million for an 11,000 square-foot waterfront mansion in Miami. He listed the home for sale in December 2020 for $40 million, ultimately accepting $39 million. The buyer was private equity billionaire Orlando Bravo. Just a few months prior to the sale, Phil claimed that his ex-wife Orianne Cevey was refusing to leave the mansion unless she reportedly was paid $20 million. This is after she previously received the aforementioned $45 million divorce settlement. Unclear if any payment was ultimately made to facilitate her exit.

Collins has long owned property in his native England.