What is Phil Anselmo Net Worth?

Phil Anselmo is an American musician who has a net worth of $4 million. Anselmo is best known for being the vocalist for Pantera. He is also known for his work with bands such as Down, Superjoint, Ritual and a number of other projects. Outside of his own personal musical projects, Phil owns Housecore Records. Widely considered to be one of the most iconic frontmen in heavy metal history, Anselmo is adored by fans for his animated and aggressive on-stage antics.

Philip Hansen Anselmo was born on June 30th of 1968 in New Orleans, Louisiana. Raised in a family with Danish, Italian, and French heritage, Phil was a self-described "class clown" while growing up. One of his pranks went awry when he started a fire in his family home at the age of 15. Although he was merely trying to prank his sister, the fire went out of control and resulted in considerable damage. Anselmo spent a good portion of his youth on a shrimp boat with his stepfather.

Anselmo's musical career began in the early 80s. He first co-founded the band Samhain before joining the band Rapid Phaze (later renamed Razor White). During this period, Phil wrote songs, played guitar, and performed vocals. Eventually, Anselmo dropped out of high school in order to focus on his musical career. However, he would soon become disheartened with Razor White, and he left them to search for new options.

The band that would eventually become known as Pantera actually started as a Glam Metal band. However, by the time Anselmo connected with them, they had already gone through a significant transformation. However, it wasn't until after Phil's introduction that Pantera truly left their Glam Metal roots behind.

When Anselmo joined Pantera in 1986, they had already released three albums. Thrash metal was "in," and Pantera wanted to shift towards this new trend. They hired the 18-year-old Anselmo as their new vocalist and released their fourth album, "Power Metal," in 1988. After the release of this album, Pantera changed their image, finally signed a major record deal, and then achieved commercial success with "Cowboys from Hell." By this point, Anselmo had adopted a more guttural vocal delivery style.

Having pioneered a new style of metal known as "groove metal," Pantera followed up with increasingly heavy albums, such as "Vulgar Display of Power" and "Far Beyond Driven." The latter album debuted at number one on the charts. In 1996, Pantera released "The Great Southern Trendkill." By this point, the band was beginning to fracture. By the year 2000, the group was ready to release their final studio album, "Reinventing the Steel." After one last compilation album, Pantera split up. Anselmo was widely accused of causing communication issues within the band and neglecting his duties.

After Pantera broke up, Phil focused on his side project Superjoint Ritual. Controversies continued to erupt around the disbandment of Pantera, and a bitter rivalry developed between Anselmo and Dimebag Darrell, the band's guitarist. Anselmo even went so far as to say that Darrell "deserved to be beaten severely." Dimebag was later shot and killed at a nightclub in 2004. In 2018, Pantera drummer Vinnie Paul also passed away.

After Pantera, Phil also participated in projects like Down, Arson Anthem, Christ Intervention, Southern Isolation, Viking Crown, Eibon, and many others. Anselmo also started his own record label called Housecore Records in 2001. This record label has mostly served as a vehicle for Phil to release older, unreleased material from his side projects. Housecore eventually merged with Baphomet Records later in 2001. However, the two companies parted ways after just three releases, and Housecore returned to its original form. 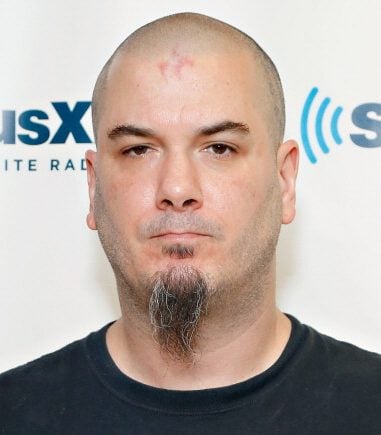 In the mid-90s, Phil suffered a considerable back injury. This led to near-constant pain, and Anselmo subsequently turned to substance abuse in order to deal with this ailment. After many years, Anselmo eventually received surgery for degenerative disc disease. The surgery was successful.

Eventually, Phil started abusing painkillers and muscle relaxants in order to deal with his back pain. Anselmo also began drinking heavily. One thing led to another, and Phil then became addicted to heroin. This affected his musical career, particularly in terms of his on-stage performances. In 1996, Anselmo suffered a cardiac arrest after a heroin overdose. He was revived by paremedics, and he later stated that he was legally dead for "four to five minutes."

By 2005, Phil had stopped using hard drugs. His decision was largely due to the fact that he needed to quit these drugs in order to be cleared for back surgery. After the surgery proved to be successful, Anselmo stayed clean and has not returned to drugs. This process required several months of rehab, but he eventually returned to touring and recording. In 2016, Phil quit drinking alcohol.

Despite the fact that many of Pantera's songs take a stance against racism, Anselmo has been plagued by accusations of racism throughout his career. In 2016, he gave a Nazi salute to the crowd and screamed "white power" while performing on stage. Anselmo claimed that this was all a misunderstanding, and that he was joking about the power of white wine. Later, it was revealed that Phil had been "heckled" repeatedly by three members of the crowd who repeatedly called him racist. To spite them, he apparently gave the Nazi salute – despite not identifying with Nazism. 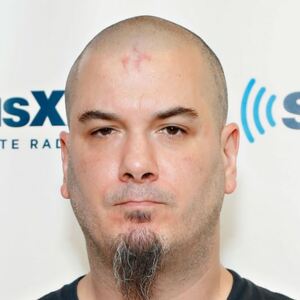