Peter Steele Net Worth: Peter Steele was an American singer and musician who had a net worth of $1 million. Peter Steele was born in Brooklyn, New York in January 1962 and passed away in April 2010. He was best known for being the lead singer, bassist, and composer of the metal band Type O Negative.

Steele also created the metal band Fallout and the thrash band Carnivore. With Type O Negative he was known for his vampiric effect, bass-baritone vocals, and dark, self-deprecating sense of humor. His lyrics were personal and dealt with topic of love, loss, and addiction. Peter started taking guitar lessons at 12 years old but soon moved onto the bass. He formed the band Fallout in 1982 and the thrash metal band Carnivore in 1982. The band released their self-titled debut album in 1985 and their follow up Retaliation in 1987 before splitting up. In 1986 he wrote lyrics for the hardcore punk band Agnostic Front's album Cause for Alarm. He formed the band Type O Negative in 1989. Their debut studio album Slow, Deep and Hard was released in 1991 on Roadrunner records. They released a total of seven albums and their last four albums cracked the top 10 in various countries. In 1995, Steele experienced some crossover success as a sex symbol, appearing as a nude centerfold model in Playgirl magazine. He later characterized the Playgirl appearance as "a publicity stunt," as well as expressing chagrin at how many male readers the magazine seemed to have, judging by those that sought autographs from him over the years. The remaining members of the band decided not to continue with Steele's passing. He was 6'8″ tall and suffered from stage freight. He was incarcerated and was in a mental institution due to paranoia from heavy substance abuse. Peter Steele passed away on April 14, 2010. 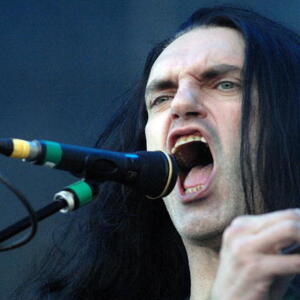