How much is Peter Garrett Worth?

Peter Garrett net worth: Peter Garrett is an Australian musician, politician, environmentalist, and activist who has a net worth of $10 million. Peter Garrett was born in Wahroonga, Sydney, New South Wales, Australia in April 1953. He was the lead singer of the rock band Midnight Oil. The band released 11 studio albums and are best known for their single "Beds Are Burning". They won eleven Australian Recording Industry Association Awards and were inducted into its Hall of Fame in 2006. Midnight Oil's album Diesel and Dust was ranked #1 in the book The 100 Best Australian Albums in 2010. Garrett served as President of the Australian Conservation Foundation for ten years and was appointed a Member of the Order of Australia. He is a member of the Australian Labor Party and was a Member of the Australian Parliament for Kingsford Smith from 2004 to 2013. Garrett served as Minister for Environmental Protection, Heritage and the Arts from 2007 to 2010. From 2010 to 2013 he was the Minister for School Education, Early Childhood and Youth. 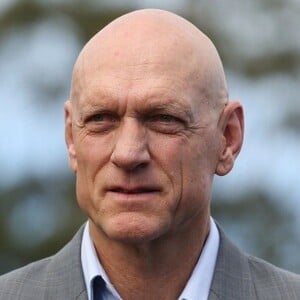