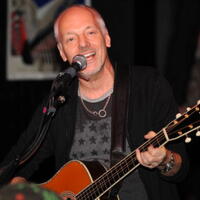 What is Peter Frampton's Net Worth?

Peter Frampton is an English rock musician and guitarist who has a net worth of $20 million dollars. Peter Frampton began his career with the bands Humble Pie and The Herd but is best known for his hit solo album "Frampton Comes Alive!" which sold more than 16 million copies and held the notable distinction of being the best-selling live rock album ever, until 1998. His singles "Baby I Love Your Way," "Do You Feel Like I Do?" and "Show Me the Way" dominated the American charts. By the end of the '70s, Frampton's popularity had declined. Following a near-fatal automobile accident, Frampton was forced to temporarily shelve his music career. He recorded sporadically throughout the '80s, most notably releasing "Breaking All The Rules" (1981), "The Art of Control" (1982) and "Premonition" (1986). The following year, his re-entered the public spotlight and began touring as a lead guitarist with longtime friend David Bowie. He has continued to release albums sporadically.

He was born April 22, 1950 in Beckenham, Kent, England to Owen and Peggy Frampton. He attended Bromley Technical School at which his father taught and was the head of the art department. Frampton first became interested in music at age seven, having discovered his grandmother's banjo ukulele in the attic. He taught himself to play it and went on to teach himself guitar and piano as well, and began taking music lessons at age eight.

In his pre-teen years he played in the bands The Little Ravens and George & The Dragons (a group that included fellow up-and-coming musician and fellow pupil / friend at Bromley Technical School, none other than David Bowie). Frampton and Bowie would spend lunch breaks together playing Buddy Holly songs. At age 14, Peter began playing in a band called the Trubeats followed by a band called the Preachers. In 1967 16-year-old Frampton found success when he became the lead guitarist and singer for the pop-oriented group The Herd and stayed with the band for two years. He scored several pop hits and was named "The Face of 1968" by teen magazine Rave. His next musical venture was fronting the band Humble Pie with Steve Marriott of Small Faces, after which Frampton struck out on his own.

Frampton left the band after four studio albums and one live album with Humble Pie and went solo in 1971 (just in time to see Humble Pie's "Rockin' the Fillmore" rise in the U.S. charts.) His debut album Wind Of Change (1972) sent him touring extensively over the next few years, promoting the albums Frampton's Camel (1973), Somethin's Happening (1974) and Frampton (1975), which went to No. 32 on the U.S. charts and was certified Gold. Frampton found little commercial success with the release of his early solo albums.

It was his live double album recording Frampton Comes Alive! in 1976 that catapulted Frampton into superstardom. The LP held the notable distinction of being the best-selling live rock album in history and the singles "Baby I Love Your Way," "Do You Feel Like I Do?," and "Show Me the Way" dominated the American charts. Both Billboard and Rolling Stone magazines named him Artist of the Year. The album, on which Frampton featured his use of the "talk box" guitar effect, was recorded in 1975 at the Winterland Ballroom in San Francisco California where Humble Pie had previously had been shown much support from fans. The album stayed on the Billboard 200 for 97 weeks, of which 55 weeks were in the Top 40 and ten weeks were at the top of the chart. Among others, the album beat out Fleetwood Mac's "Fleetwood Mac" to become the top-selling album of 1976, and the 14th best seller of 1977. It became the biggest selling live album with sales of 8 million copies, although with others subsequently selling more it is now the fourth biggest. It has been certified as eight times platinum and won Frampton a Juno Award in 1977. A nod to the album's lasting power, Rolling Stone ranked "Frampton Comes Alive" No. 3 in a 2012 reader poll of all-time favorite live albums. 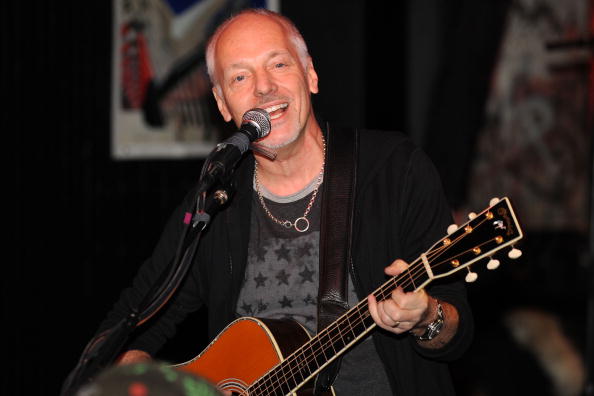 Frampton's next album "I'm In You" was released in 1977 and contained the hit title single and went platinum, but it fell short of expectations as a follow up to "Frampton Comes Alive." He starred with the Bee Gees in the poorly received film "Sgt. Pepper's Lonely Hearts Club Band" in 1978. On August 24, 1979, Frampton received a star on the Hollywood Walk of Fame for his contributions to the recording industry. However, by the end of the '70s, Frampton's popularity had declined. Following a near-fatal automobile accident in the Bahamas in 1978, Frampton was forced to temporarily shelve his music career.

His album "Rise Up" was released in 1980 to promote his tour in Brazil, although he suffered another major setback when all of his guitars were thought to be destroyed in a cargo plane crash that killed four people. One of the guitars, a black Les Paul Custom which he named "Phenix," also pictured on the cover of "Frampton Comes Alive" was recovered and returned to him in December 2011.

He recorded sporadically throughout the '80s, most notably releasing Breaking All The Rules (1981), The Art of Control (1982) and Premonition (1986). The following year, he re-entered the public spotlight and began touring as a lead guitarist with longtime friend David Bowie and released Frampton Comes Alive II (1995). In 2001, the legendary Frampton Comes Alive! celebrated 16 million albums sold. Since then he's released a number of albums including Now (2003), Fingerprints (2006) and Thank You Mr. Churchill (2010).

In 2014 he released a new album entitled "Hummingbird in a Box." The following year, he released a new studio album, "Acoustic Classics." In 2016, Frampton was inducted into the Musicians Hall of Fame and Museum. He toured again the following two years, this time opening for the Steve Miller Band. On February 22, 2019, Frampton announced his retirement from touring. He released a new album, "All Blues," in June 2019. The album debuted at No. 1 in the Billboard Top Blues Albums Chart. In December 2019, Frampton announced his final five performances for the UK portion of his farewell tour to take place in May 2020. It was canceled due to the COVID-19 pandemic. In October 2020, Frampton released a memoir, "Do You Feel Like I Do?"