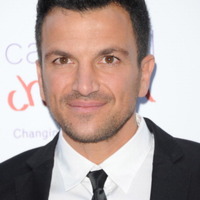 Peter Andre net worth: Peter Andre is an English-born Australian television personality who has a net worth of $20 million. Born in Harrow, London, England, Peter Andre grew up in Australia, and began writing songs when he was in middle school. He was offered his first recording contract on national television after winning a talent competition. He released his self-titled debut album in 1993, but it was not until 1996's "Natural", that he broke through. The album reached #1 in the UK, and spawned two hit singles, "Flava" and "I Feel You". His third album was considerably less successful, though four of his singles reached the top 20. He was subsequently dropped by his label and went on hiatus. In 2004 he appeared on the reality show, "I'm a Celebrity… Get Me Out of Here!" and re-released one of his earlier hit singles, and then a new album. He released another album, "Revelation", in 2009, which reached #3 on the charts, and followed it up with two more albums, "Unconditional: Love Songs" in 2010, and "Accelerate" in late 2010. Both albums reached the top 10 as well.