What is Pete Wentz's Net Worth?

Pete Wentz is an American rock musician for the band Fall Out Boy who has a net worth of $18 million. Although Wentz is probably best known for composing lyrics and playing bass guitar for Fall Out Boy, he has also performed in a number of other bands spanning numerous genres over the course of his career. Outside of performing, Pete runs his own record label.

Wentz has experimented with a number of non-musical ventures over the course of his career. These ventures include acting, writing, fashion, and general entrepreneurialism. In addition, Pete is an active philanthropist who has supported UNICEF quite notably in the past.

Peter Kingston Wentz III was born on June 5th of 1979 in Wilmette, Illinois. Raised in the affluent Chicago suburb of Wilmette alongside two siblings, Pete comes from a distinguished American family that includes notable past politicians and generals. During his high school years, Wentz excelled at soccer and even considered becoming a professional. Ultimately, music became a greater passion for him and he left soccer behind.

Pete's early years were by no means easy. After smoking marijuana heavily during his first year of high school, his grades began to slip and he skipped class often. Although he later quit, Wentz continued to struggle with mental health issues during his youth. At the age of 18, he was diagnosed with bipolar disorder and was given medication to treat it. Pete successfully graduated high school in 1997 and attended DePaul University. Although he initially studied political science, Wentz dropped out shortly before earning his degree in order to focus on his musical career.

Pete's musical career began in the early 90s with the Chicago hardcore punk movement. During this period, he was in several bands before forming his own group called First Born. Wentz then transitioned into metalcore, joining the band that would eventually become Arma Angelus. In 2000, this band released an EP called "Grave End of the Shovel." After releasing "Where Sleeplessness Is Rest From Nightmares," the group toured and performed at Hellfest. Over the next few years, Wentz also played in a number of other groups, including Birthright, Extinction, and Yellow Road Priest. Pete eventually connected with bassist Joe Trohman, Patrick Stump, and Andy Hurley to form the band Fall Out Boy.

Their first EP was entitled "Fall Out Boy/Project Rocket Split EP," and it was released in 2002. Eventually, another LP followed before they released their first full-length album "Take This to Your Grave" in 2003. After a record deal with Island Records, Fall Out Boy released a third album called "From Under the Cork Tree," which later went platinum. This album contained the hit "Sugar, We're Goin Down," (written by Wentz) which peaked at number 8 on the charts. 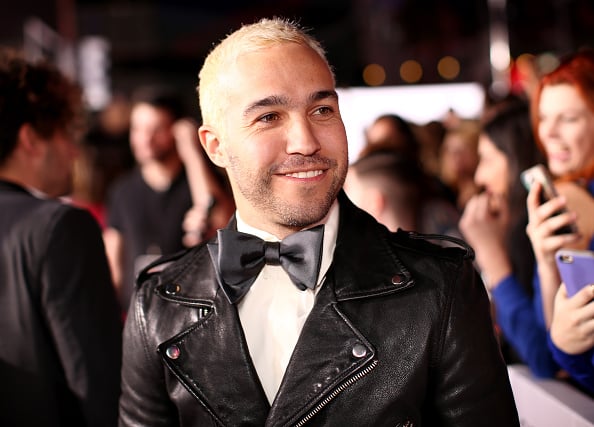 Further albums followed with "Infinity on High" and "Folie a Deux" before the band toured extensively. In 2009, they announced that they were planning to go on hiatus. Four years later they returned with the album "Save Rock and Roll," which contained a number of hit singles. In 2014, they toured once again with groups like Paramour. Their next album, "American Beauty/American Psycho" topped the charts and achieved triple platinum status. In 2017, Fall Out Boy released their seventh studio album, "Mania."

Outside of his work with Fall Out Boy, Wentz is known for forming the electropop band Black Cards along with Nate Patterson and Bebe Rexha in 2010.

Pete Wentz has created a company called Clandestine Industries, which sells books, clothing, and a wide range of other merchandise. Over the years, Clandestine has partnered with brands like DKNY.

Pete Wentz has appeared in a number of film and television roles over the course of his career. He once booked a recurring role in the series "One Tree Hill," and he also had a cameo in the series "Californication." In 2009, Wentz appeared in the film "Degrassi Goes Hollywood." Another TV role came in 2016 with the series "School of Rock." In 2020, Pete appeared twice in another Nickelodeon show called "All That."

In 2006, Pete began a relationship with Ashlee Simpson. By 2008, the pair were engaged, and they married later that year. Towards the end of 2008, Ashlee and Pete welcomed their first child into the world. In 2011, Ashlee had begun divorce proceedings with a request for joint custody of their child. In 2014, Pete and his current girlfriend Meagan Camper welcomed his second child into the world. The pair have subsequently had another child together who was born in 2018.

In 2005, Wentz attempted suicide after consuming an overdose of Ativan, an anti-anxiety medication. He survived after spending a week in hospital, and this incident later inspired the Fall Out Boy song "7 Minutes in Heaven."

In 2019, Pete managed to buy one property and sell another in the space of a few convenient months. First off, he acquired a new mansion in Beverly Hills for $5.5 million alongside his partner Meagan Camper. The property spans over 5,600 square feet and sits amidst estates owned by prominent celebrities in the prestigious gated community known as The Summit. Notable features include a pool, cabana, and formal gardens.

Next, Wentz unloaded his mansion in Encino, California. He first purchased the residence back in 2015 for a price of $1.965 million after it had been renovated a few years prior with extensive updates. This estate spans 4,100 square feet of living space and sits on a half-acre lot. While the Spanish-inspired architecture is certainly enthralling, the outdoor features are what make this home stand out. There's a sport court, a pool, and even a zip line for thrillseekers like Wentz. 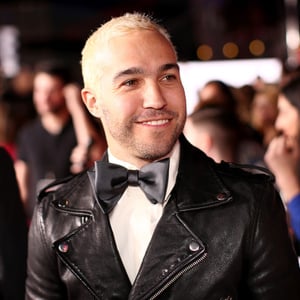