What is Pete Townshend's Net Worth?

Pete Townshend is an English rock musician, composer, multi-instrumentalist, vocalist, songwriter, and author who has a net worth of $150 million. Townshend is best known for being the co-founder, leader, and guitarist for the Who, one of the most popular and successful rock bands of recent memory. Along with contributing to the music of this band, Pete is also the principal songwriter. In total, Townshend has written over 100 songs for the band.

Aside from playing the guitar, Pete is proficient with the keyboards, the banjo, mandolin, bass guitar, drums, and many other instruments. What makes this even more impressive is that Townshend is not a formally-trained musician, and he taught himself everything he knows. Outside of his work with the Who, Pete has released several solo albums.

In addition to his musical exploits, Townshend is an established writer, having authored several essays, articles, books, scripts, and many other projects. In 1990, he was inducted into the Rock and Roll Hall of Fame. Today, Pete is considered one of the greatest guitarists of all time. He has won countless awards over the course of his career.

Peter Dennis Blandford Townshend was born on May 19th of 1945 in Chiswick, Middlesex, England. Born into a musical family, he started playing instruments from an early age under the guidance of his parents. Unfortunately, both of his parents drank heavily and argued regularly, and his mother was constantly having affairs. By the time he was a toddler, his parents had split up and he was sent to live with his grandmother. Even though it might seem like things couldn't get any worse for Pete, his grandmother would turn out to be mentally unstable.

However, things turned around when his parents got back together and purchased a home. Townshend was then sent back to live with his parents. Aside from music, Pete's early passions included reading and walking along the seaside. Although he saw himself pursuing a career as a journalist, Pete received a guitar for Christmas as a child and began to teach himself how to play. He then teamed up with some school friends to form a casual band. Rock and Roll continued to influence Pete's musical direction, and by the 60s he had dropped out of art school to pursue a full-time career in music.


In the early 60s, Townshend joined a band called the Detours. Eventually, he became the lead guitarist and joined figures like Roger Daltrey and Doug Sandom. The group later became aware that another band had an identical name, and so they changed their moniker to "The Who." Keith Moon then replaced Doug Sandom on the drums, and the group changed their name once again to High Numbers before reverting back to the Who.

The group's first hit came in 1965 with "I Can't Explain." They then followed up with "My Generation," which resonated strongly with young people at the time. Townshend became notorious for destroying his guitars while on stage and swinging his arms in a windmill maneuver while playing his instrument. In 1965, the Who released its debut album, "My Generation." After the success of "My Generation," the Who toured throughout the United States.

During this period, the entire band started experimenting with LSD. In 1967, they released the album "The Who Sell Out," which contained the hit "I Can See for Miles." Townshend then contributed heavily to the album "Tommy," which was a rock opera influenced by the teachings of Meher Baba. Further successful albums came with the release of the more traditional "Who's Next" and "Quadrophenia," the latter of which charted extremely well in the United States.

Over the next few decades, Keith Moon and John Entwistle passed away. Despite this, the Who continues to create music and tour. They are still considered to be one of the best live bands. Pete Townshend remains the primary songwriter for the group, and he is credited as a pioneer within the music scene. Many rock and roll musicians specifically give him praise for being one of the first to use feedback in rock guitar. 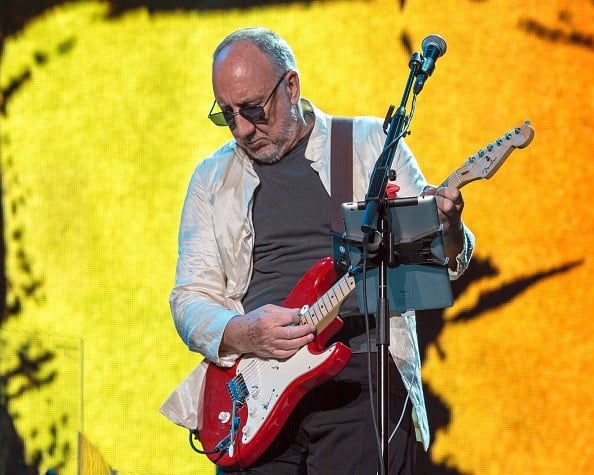 Pete Townshend has written many literary pieces over the course of his life, including three long-form essays for "Rolling Stone" magazine. In 1977, he founded Eel Pie Publishing, a company specializing in children's books. During this period, Pete also opened his own bookstore. Throughout his career, Pete has worked as an editor for various books, including Eric Burdon's autobiography and Prince Charles' collected speeches.

Townshend published a book of his own, "Horse's Neck," in 1985. The collection of short stories focused on topics, like sexuality, stardom, and spirituality. In addition, Pete has written scripts for short films, novellas, and his autobiography, "Who I Am," the latter of which became a top-five "New York Times" bestseller. He is also known for publishing essays that highlight the child pornography industry on his personal website.

In 1968, Pete Townshend married his first wife, Karen Astley, whom he met while in art school. After getting married, the pair moved in together and had three children. Many of their children went into the arts. Astley and Townshend separated in 1994 before finalizing their divorce in 2009. Following this breakup, Pete began a long-term relationship with musician Rachel Fuller. They were married in 2016.

In 1996, Pete Townshend purchased "The Wick," a famous Georgian house located in Richmond, Greater London. Designed in 1775, the house has a history of being owned by prominent artists. The historic residence was once owned by actor Sir John Mills. He eventually sold it to Ronnie Wood, a member of the Rolling Stones. Townshend bought the property from George Michael's music publisher. In 2016 Pete paid $5 million for the cottage next door. 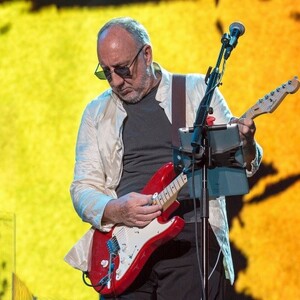