What is Pete Best's Net Worth?

Pete Best is a British musician who has a net worth of $600,000. Best is probably best known for being the drummer for the Beatles immediately before Ringo Starr replaced him and the band became famous. His dismissal has since become the subject of much controversy, and he didn't take the incident particularly well. After he and the other members of the Beatles parted ways, Best explored a number of other musical ventures, most of which were unsuccessful. He also struggled psychologically with the fact that the Beatles later went on to experience so much success, and he even attempted suicide on at least one occasion because of this.

Despite these issues, Best eventually received a considerable financial payout for his work on various Beatles releases, and this coincided with the release of "Anthology 1" in 1995. After leaving the Beatles, Pete reportedly took up various odd jobs, and at one point he was apparently working in a bakery. He then became a civil servant, holding this position for 20 years. More recently, he had returned to music, founding the Pete Best Band and experiencing somewhat of a resurgence in the music scene.

Dismissal from the Beatles

After a successful audition for a record label, the reasons for Best's dismissal from the band are shrouded in myth. One story has it that the other members of The Beatles were jealous of Pete's good looks, as he was sometimes called the best looking member of the band during those early years. Another story has it that producer George Martin preferred to use a session drummer instead of Best, as he lacked experience. Whatever the reason for his dismissal, it put Pete Best on a sad path of infamy – during the height of "Beatlemania," he reportedly attempted suicide.

Randolph Peter Scanland was born on November 24th of 1941 in Madras, British India. His biological father was a marine engineer who died during World War II. While training to become a doctor in the Red Cross, Pete's mother met Johnny Best, who was a commissioned officer serving in India. The pair subsequently got married in 1944, and in 1945 Pete sailed with them to Liverpool. It was the last troopship to leave India. They then lived in West Derby for a time. A family legend claims that Pete's mother then pawned all her jewelry to place a bet on a horse named Never Say Die, which subsequently won the Epsom Derby at 33 to 1 odds.

The money allowed the family to purchase a large Victorian home on an acre of land in Liverpool. The residence also featured 15 bedrooms and a large cellar. This large cellar was later developed into the Casbah Coffee Club, where a band called The Quarrymen played music. This band included early Beatles members John Lennon, Paul McCartney, and George Harrison. They were able to play at the club as a reward for helping Pete's mother paint the walls. Eventually, Pete decided he wanted to pursue a career in music, and his mother purchased a drum kit for him. He then formed his own band called the Black Jacks, and this band took over from the Quarrymen at the Casbah Coffee Club after the latter had canceled their residency.

By 1960, the Quarrymen had become the Beatles. However, they had no permanent drummer at this point, and Paul McCartney started looking for someone who could fill the position. Best was an obvious choice, as Paul had seen him playing at the Casbah Coffee Club on numerous occasions. Best was then brought with the Beatles to Hamburg, where they toured extensively and were introduced to recreational drugs for the first time. However, Best always refused these drugs. He was also the only member of the band who had passed his school exams. Best was subsequently deported along with Harrison and McCartney for a fire-related prank committed by the latter. 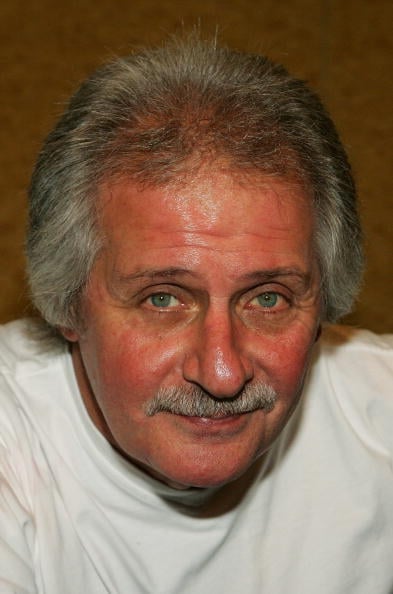 It was during this time that Pete's mother started to step forward and act as an important asset for the band, arranging various bookings for them when they were back in Liverpool and recovering their equipment that had been left back in Hamburg. They then started recording extensively in the studio, and it was at this point that Best's drumming ability came under scrutiny. His timing was the main issue, and the Beatles were advised to find a studio drummer to replace Best for the recordings. Record producer George Martin later expressed regret at making this recommendation, as he believed that he was the catalyst that "changed Best's life."

When the other members of the Beatles discovered that Martin was planning to replace Best with another drummer for the recording sessions, they started to think about replacing him permanently. Eventually, they decided to ask their manager, Brian Epstein, to do it for them. This decision was later described (even by the Beatles themselves) as "cowardly." There were also doubts about whether it was the right decision, as Best was very popular with the fans. Indeed, many have suggested that it was this popularity that caused the other members to turn their backs on him. Best was widely considered the "best-looking Beatle," and women used to scream whenever he walked onto the stage. After Pete was replaced by Ringo Starr, one agitated fan even headbutted George Harrison.

After Best was fired, he spent two weeks sitting at home, in a state of depression. He then tried to continue his musical career with other bands, such as The Pete Best Combo, although these would prove to be unsuccessful. Eventually, Best completely departed from show business and tried to ignore the band that had become so incredibly successful without him. However, the group occasionally mentioned Best in interviews, stating that he had struggled with "periodic illness" and that he "took little pills to make him ill." Pete later sued the Beatles for defamation of character and won an out-of-court settlement.

At the height of so-called "Beatlemania," Best attempted suicide by gassing himself with the fumes of a car. However, he was discovered by his mother and his brother before he could follow through with it. In 1963, Pete married a Woolworth's sales clerk named Kathy. They then had two children together and never divorced. Eventually, Pete became a civil servant in Liverpool and steadily rose up the ranks. When the surviving members of the Beatles released "Anthology 1," Best received between 1 and 4 million pounds from the album sales.