Pete Doherty is a conversational British musician who has a net worth of $2 million. Pete Doherty gained his net worth from co-fronting the garage rock band, The Libertines, forming Baby Shambles….and from his high profile antics outside music. It is very safe to say that Doherty, hailing from Northumberland, North East of England, gained prominence with the media for his troubled relationship with model Kate Moss and for his drug addiction back in 2005.

It's not all bad though: Doherty also been recognised for co-forming the band The Libertines with fellow musician Carl Barat back in the late 1990's, but gained widespread success three years later (in 2002), with the debut album, Up the Bracket. However Doherty drug-fuelled antics got in the way, leading to his departure from the band in 2003. The Libertines was disband a year later. He formed and front Babyshambles the same year he left The Libertines. The band released two albums, Down in Albion (2005) and Shotter's Nation (2007) – however due to Pete's on-going drug addiction, the band's touring schedule was constantly disputed. Babyshambles was back on formed when the group was signed to Parlophone in 2006 and formed their first ever arena tour a year later. Today Doherty divides his time between Babyshambles and the Libertines – with Barat, Doherty reformed the band in 2010. 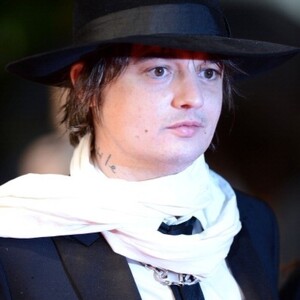