He joined the band in 1989 and played rhythm guitar on their third album Blind. Keenan took over on lead vocals and guitar after two members left the band. He was part of the band for four more studio albums and one live album. The band went on hiatus from 2006 to 2010 and reunited without Keenan. Pepper formed the band Down in 1991 and the band released their debut album NOLA in 1995. In 1996 they went on hiatus but returned to release their second album Down II: A Bustle in Your Hedgerow in 2002. They went on another hiatus before releasing Down III: Over the Under in 2007. Their fourth album was released in 2012. Keenan has worked with Metallica and played guitar and sang for their cover of "Tuesday's Gone" by Lynyrd Skynyrd. Pepper auditioned to be Metallica's bass player but was beaten out by Robert Trujillo. 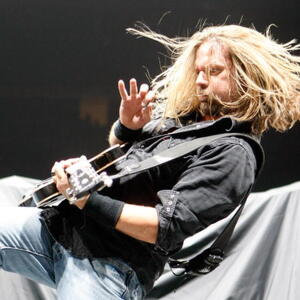