What is Paul Stanley's Net Worth?

Paul Stanley is an American rock musician who has a net worth of $200 million. He is best known for being the rhythm guitar player and co-lead vocalist for the rock band Kiss. Paul is a founding member and along with Gene Simmons the chief creative force behind the band's decades-long career.

Paul Stanley was born Stanley Bert Eisen in Manhattan, NY on January 20, 1952. While one might expect the "Starchild" of Kiss to have been a big rock fan growing up, he in fact has said that he grew listening to light opera and other forms of classical music along with his parents, professing a particular childhood love for the work of Beethoven. Eventually his tastes turned to more popular fare as seen on the television show American Bandstand, and Stanley has also said he was a fan of the doo-wop genre in the 1950s and early 60s. But everything changed for him when British Invasion acts (specifically The Beatles and The Rolling Stones) began appearing on American television, getting his first guitar at age 13.

Before joining Kiss, Stanley was a part of the bands Rainbow, Uncle Joe, and Post War Baby Boom. Stanley first worked with Gene Simmons in a band called Wicked Lester. The pair stayed together and joined Peter Criss and Ace Frehley to form the band Kiss. Their first album which was self-titled and released in 1974. With the release of the band's debut album, Stanley officially changed his name to Paul Stanley, inspired by both Beatle Paul McCartney and Paul Rogers of Bad Company.

Kiss has continued to release records in the intervening decades, hitting the peak of their fame in the early 80s, and Stanley has always been a driving creative force for the band not just as a performer but as a songwriter as well, having written or co-written many of the band's biggest hits.

Like the other members of the band, Stanley developed the character "Starchild" as his Kiss persona more or less on his own. He's experimented with other visual designs for his makeup at various points, but the Starchild is what stuck, and he attributes a lifelong fascination with stars for his connection to the character.

Like the other core members of Kiss, Stanley released a self-titled debut studio album in 1978. In 1989, he released a solo track to be included in the Wes Craven horror film Shocker. He collaborated with Boston power pop band Click Five on the 2005 single "Angel to You (Devil to Me)," and the following year he released the album Live to Win in 2006 and One Live Kiss in 2008. That same year he collaborated on a duet with classical singer Sarah Brightman for her album Symphony, and in 2016 he lent his talents to his old Kiss bandmate Ace Frehley for a track on his covers album Origins, Vol. 1.

Paul Stanley was ranked #18 on Hit Parader's Top 100 Metal Vocalists of All Time. In a similar poll Gibson.com readers ranked him 13th. 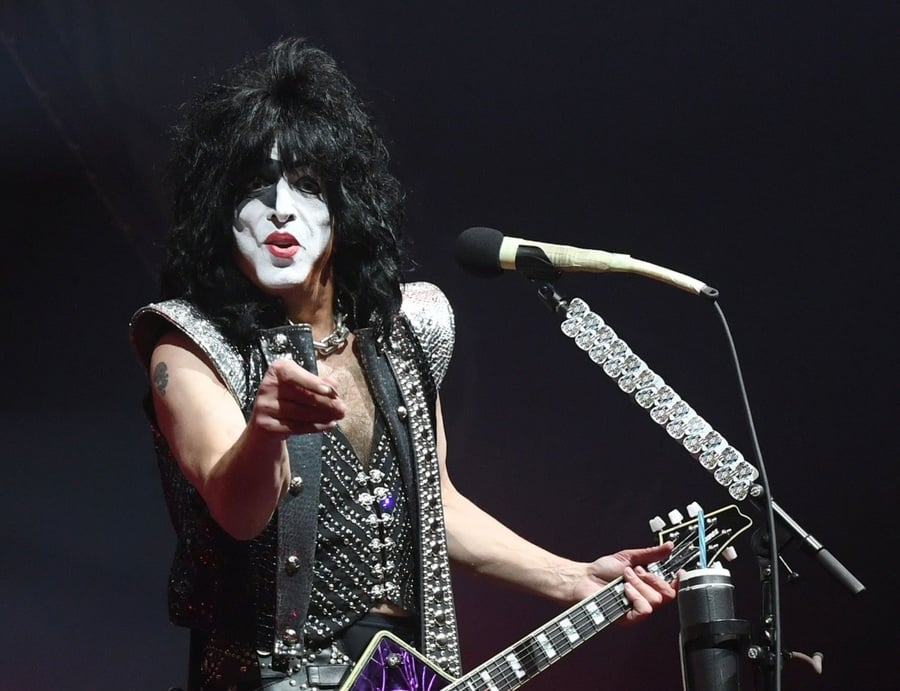 In 1988, Paul Stanley was one of many hard rock and heavy metal artists featured in Penelope Spheeris's documentary The Decline of Western Civilization Part II: The Metal Years. Stanley conducted his own interview in a bed surrounded by women, making his contribution among the most memorable to the cult film's many fans. He starred in a production of Andrew Lloyd Webber's The Phantom of the Opera, playing the Phantom in 1999. In 1996 he made his debut as a painter. In 2006 he made his debut as a professional painter, exhibiting (and selling) his own original pieces. His memoir titled Face the Music: A Life Exposed, was published in 2014. Stanley has dabbled as a music producer, producing the 1978 debut album for the rock band New England. He's also said that he was invited to produce an album for the band Poison, but that this collaboration never materialized due to his busy touring and recording schedule with Kiss.

Stanley was married to actress Pamela Bowen from 1992 to 2001. The two have one son, Evan Stanley, born in 1994. In November of 2005, Stanley married Erin Sutton, and the following year their first child Colin was born, followed by their second, Sarah, in 2009. Then in 2011, their third child, Emily Grace, was born.

In 2011 Stanley had surgery performed on his vocal cords. He's also had two hip replacement surgeries, both in 2004, necessities that in his opinion were thanks to his habit of wearing platform boots for onstage performances.

In 2014 he was inducted into the Rock and Roll Hall of Fame as an original member of the band Kiss. Along with Gene Simmons and manager Don McGhee, Stanley became part of the ownership group for the L.A. Kiss team in the Arena Football League, and in 2012 they collaborated on the Rock & Brews restaurant chain. He has served as an ambassador for the organization AboutFace because of his birth defect microtia.

"The financial reward is great and I love the life I have, but all money makes possible is for you to stop worrying about money. Then you have freedom to live your life." – Paul Stanley

Paul Stanley now lives primarily in Los Angeles. His LA home is an expansive 9,000-square-foot estate in the Tuscan style, located on Mulholland Drive and which was built specifically for him back in 1996. The home includes all the usual luxury amenities like outdoor fountains and a swimming pool, and until the birth of Colin in 2006 it also had an art studio, which was then reportedly moved to the guest house to make room for the baby. 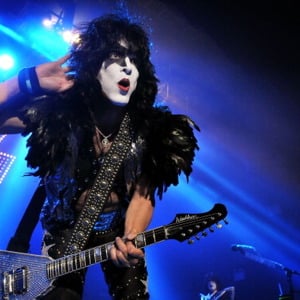