Paul D'Amour net worth: Paul D'Amour is an American musician who has a net worth of $6 million. Paul D'Amour was born in Spokane, Washington in May 1967. He is best known for being the first bass guitarist of the band Tool. D'Amour is known for his aggressive picked bass tone on his Chris Square Signature Rickenbacker 4001CS bass.

The band Tool formed in 1990 and Paul D'Amour played bass from 1990 to 1995. He was featured on their debut studio album Undertow which was released in 1993 and reached #50 on the Billboard 200 chart. He wanted to play guitar instead of bass so he formed the band Lusk and released the album Free Mars. D'Amour has also played with the bands Replicants and Lesser Key and has written and performed using the name Feersum Ennjin. The band Replicants released their self-titled album in 1994 and Lesser Key released an EP in 2014. 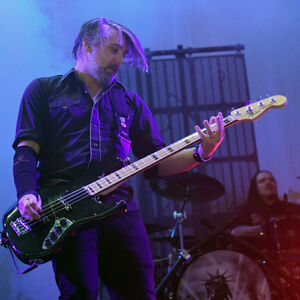