Paul Cook net worth: Paul Cook is an English drummer who has a net worth of $8 million. Paul Cook was born in Shepherd's Bush, London, England in July 1956. He is best known for being a member of the punk rock band the Sex Pistols. The band formed in 1975 and released their only studio album Never Mind the Bollocks, Here's the Sex Pistols in 1977.

The album reached #1 in the UK where it was certified 2x Platinum. The band became known as one of the most influential acts in popular music history. They broke up in 1978 but reformed multiple times. The four original members of the band including Paul Cook were inducted into the Rock and Roll Hall of Fame in 2006 but refused to attend the ceremony. Cook has also been a member of the bands The Professionals, Chiefs of Relief, Man Raze, and Vic Godard and the Subway Sect. 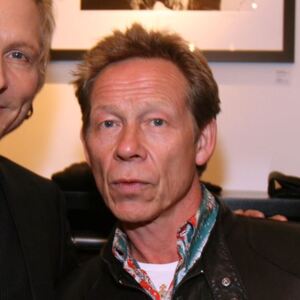