Paul Banks Net Worth: Paul Banks is an English American musician, singer, and songwriter who has a net worth of $8 million. Paul Banks was born in Clacton-on-Sea, Essex, England in May 1978. He is best known for being the lead vocalist, guitarist, and lyricist for the rock band Interpol.

In high school he was involved in theater and played the lead role in the musical South Pacific. He graduated from New York University and worked for magazines such as Interview and Gotham. Interpol formed in New York City in 1997. Their debut album Turn on the Bright Lights in 2002 was listed #10 on NME's top albums in 2002 and was #1 on Pitchfork Media's Top 50 Albums of 2002. Their first two albums were certified Gold in the US and UK. Their second album Antics reached #1 on the US Indie chart. The band's third album Out Love to Admire in 2007 reached #1 in Ireland, and their fourth self-titled album in 2010 again hit #1 on the US Indie chart. Interpol released their latest album El Pintor in September 2014. Banks is also a solo artist and uses the name Julian Plenti. His debut solo album Julian Plenti Is… Skyscraper was released in 2009 and he has released a total of four solo albums. 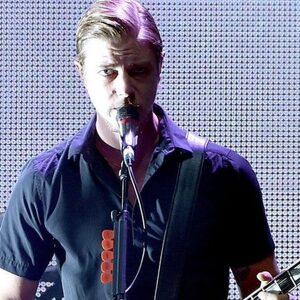