Patti Scialfa net worth: Patti Scialfa is an American singer-songwriter and musician who has a net worth of $50 million dollars. Born in Deal, New Jersey, Patti Scialfa, also known as Vivienne Patricia Scialfa began writing songs as a child, and was working as a back-up singer by the time she was in high school.

She began college in the prestigious jazz conservatory at the University of Miami, but subsequently transferred and graduated with a degree in Music from New York University's Tisch School of the Arts. After graduating, she struggled initially, and worked as a waitress and busker for a few years, before people began to take notice of her vocal talent. In 1984, she was introduced to Bruce Springsteen and the E Street Band, and began performing with them just before the beginning of the "Born in the USA" tour. In addition to recording and performing with Bruce Springsteen and the E Street Band ever since, she has also released three critically acclaimed solo albums. She and Bruce Springstreen married in 1991 and have three children together. 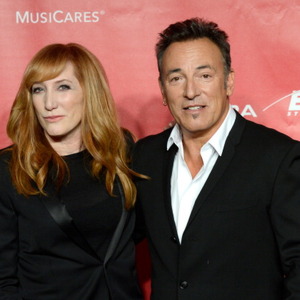