What is Patrick Stump's Net Worth?

Patrick Stump is an American singer-songwriter, musician, record producer, and actor who has a net worth of $16 million. Patrick Stump is best known as the lead vocalist and guitarist of the rock band Fall Out Boy. With the band, he has recorded such number-one hit albums as "Infinity on High," "Save Rock and Roll," and "Mania." While Fall Out Boy was on hiatus in 2011, Stump released his debut solo studio album, "Soul Punk." He has collaborated with many artists as well as producing albums for bands such as Gym Class Heroes and Cobra Starship. He has appeared in episodes of 90210, House M.D., and Law & Order.

Fall Out Boy formed in 2001 and consists of Stump, bassist Pete Wentz, guitarist Joe Trohman, and drummer Andy Hurley. Their debut album "Take This to Your Grave" was released in 2003. Their 2005 album "From Under the Cork Tree" produced the hit singles "Dance, Dance" and "Sugar, We're Goin Down". Both singles went double platinum and Fall Out Boy was nominated for Best New Artist at the 2006 Grammy Awards.

Their 2007 album "Infinity on High" reached #1 on the Billboard 200 chart. The album produced the singles "Thanks fr th Mmrs" and "This Ain't a Scene, It's an Arms Race". The band released several more studio albums. Their 2013's album "Save Rock and Roll" also hit #1 on the Billboard 200 chart and produced the triple Platinum single "My Songs Know What You Did in the Dark (Light Em Up)". Fall Out Boy has sold more than 7.5 million albums worldwide.

Patrick Stump was born as Patrick Stumph on April 27, 1984 in Evanston, Illinois to folk singer David and accountant Patricia. He is the youngest of three siblings. When Stump was eight years old, his parents divorced. Growing up in Glenview, he went to Glenbrook South High School. Stump was passionate about music throughout his childhood and adolescence, and played drums in a number of Chicago bands such as Public Display of Infection, Patterson, and Xgrinding processX.

In 2001, friends Joe Trohman and Pete Wentz founded the band Fall Out Boy in Wilmette, Illinois. Trohman soon met Stump, who originally auditioned for the band as the drummer. Ultimately, he became the lead singer, and later guitarist and primary composer. Fall Out Boy went on to release its first mini-LP, "Fall Out Boy's Evening Out with Your Girlfriend," in 2003. A couple months after that, the band released its first full-length album, "Take This to Your Grave." Fall Out Boy subsequently signed with Island Records and released the EP "My Heart Will Always Be the B-Side to My Tongue." This was followed in 2005 by the studio album "From Under the Cork Tree," which became Fall Out Boy's mainstream breakthrough when it debuted at number nine on the Billboard 200. The album spawned the hit singles "Sugar, We're Goin Down" and "Dance, Dance." The band enjoyed even greater success with its next studio album, 2007's "Infinity on High." Debuting at number one on the Billboard 200, it launched the hit singles "This Ain't a Scene, It's an Arms Race" and "Thnks fr th Mmrs." Fall Out Boy put out its fourth studio album, "Folie à Deux," in late 2008; it included the hit single "I Don't Care."

Following a four-year hiatus starting in 2009, Fall Out Boy returned in 2013 with the album "Save Rock and Roll." Peaking at number one on the Billboard 200, it featured the lead single "My Songs Know What You Did in the Dark (Light Em Up)." Later in the year, Fall Out Boy released the EP "PAX AM Days." In early 2015, the band had its third number-one album on the Billboard 200 with "American Beauty/American Psycho," which was supported by the singles "Centuries" and "Uma Thurman." Fall Out Boy had yet another number-one album in 2017 with "Mania." The following year, the group released the EP "Lake Effect Kid." 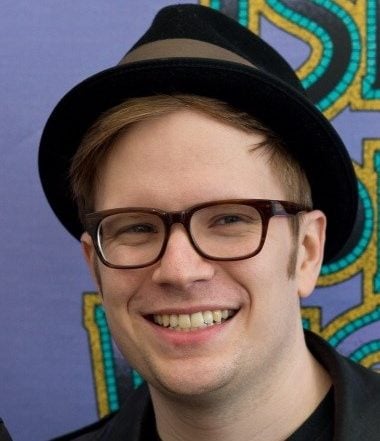 In 2011, during Fall Out Boy's hiatus, Stump released his debut solo album, "Soul Punk." To support the album, he went on two tours of the US and performed in Europe and Japan; he also headlined the Metro in Chicago. Also in 2011, Stump released his debut solo EP, "Truant Wave." He subsequently decided to suspend his solo career for a while due to harsh criticism he received for his album. However, Stump left the possibility of future solo albums open.

Beyond Fall Out Boy, Stump has collaborated with a bevy of different musical artists, including Kat Graham, All Time Low, Yellowcard, Escape the Fate, and Blink-182. As a producer, he has worked on albums by Cobra Starship, the Hush Sound, and Gym Class Heroes, as well as on tracks by Lupe Fiasco and Tyga. Stump has also contributed to a number of soundtracks, recording songs for the television series "One Tree Hill" and "Robot Chicken" and writing and producing a song for the animated film "Charming." Additionally, he wrote the theme song to the animated television series "Spidey and His Amazing Friends," and wrote songs for the Netflix animated series "Dead End: Paranormal Park."

Stump has made several appearances on television. In early 2008, he guest-starred in an episode of "Law & Order" as a menial electrical company worker accused of kidnapping an executive's wife and daughter. Later, in 2012, Stump guest-starred as a lab technician in an episode of the medical drama series "House." He has also done voice-acting, with credits including the animated series "Robot Chicken," "Star vs. the Forces of Evil," and "Teen Titans Go!" Beyond acting, Stump served as an advisor on the reality singing competition series "The Sing-Off" in 2014.

Stump wed his longtime girlfriend, Elisa Yao, in 2012. The couple resides in Chicago, Illinois. Together, they have two children.