Patrick Simmons net worth: Patrick Simmons is an American rock singer and guitarist who has a net worth of $10 million. Patrick Wilson is most famous for being a member of the rock band The Doobie Brothers. He was born on October 19, 1948 in Aberdeen, Washington but was raise in San Jose and Santa Cruz, California.

In 1970, Patrick teamed up with several musicians from around San Jose who had a band called "Pud". The group played venues around the Bay Area and soon all over Northern California. They became particularly popular with the Hells Angels and played recurring gigs at their favorite venues up and down California. They released their first studio album, titled "The Doobie Brothers", in 1971. Around the same time the also embarked on their first national tour. The band achieved their peak success in the late 70s and early 80s. Their 1978 album "Minute by Minute" reached #1 on the Billboard chart. Simmons wrote many singles for the band including "Black Water", "South City Midnight Lady" and "Echoes of Love". The Doobies disbanded for the first time in 1982 after Simmons announced his departure from the group. In 1983 Patrick released his first solo album "Arcade" which featured the single "So Wrong" which reached #30 on the Billboard Hot 100. He released a second solo album in 1998. 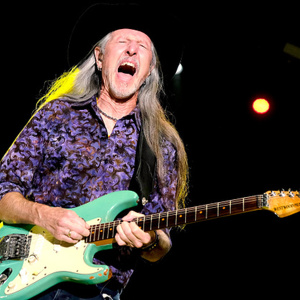