What is Pat Monahan's Net Worth?

Pat Monahan is an American singer, musician, and actor who rose to fame as the lead singer and only constant member of the band Train. Patrick Monahan has a net worth of $8 million.

Monahan was born on February 28, 1969 in Erie, Pennsylvania. His father, Jack, owned a clothing store and was also a musician while his mother, Patricia Ann, primarily worked raising the family. The couple were both of Irish descent and had aims to have a large family. He is the youngest of seven children, with his older siblings being significantly older than him as he became an uncle at the age of seven. He was exposed to music from a young age and he began playing drums as a boy. He attended McDowell High School in Millcreek Township and then enrolled at the Edinboro University of Pennsylvania in Edinboro, Pennsylvania.

Monahan began singing in the Led Zeppelin cover band, Rogues Gallery, in 1988. His brother Matt also was in the band and they performed in and around their hometown of Erie, Pennsylvania. The band dissolved and decided to move to California. There, he met Rob Hotchkiss and the two began playing music together. While they played at various coffee houses in San Francisco, they also met Jimmy Stafford, Charlie Colin, and Scott Underwood, all of whom they added to their band, which they officially called Train.

The group released their first album independently in 1996 and experienced enough success to begin touring as the opening act for groups such as Hootie & the Blowfish and Barenaked Ladies. By 1998, they had signed with Columbia and released their first official album, entitled "Train." The first single off the album, "Free," became a big hit, as did the second single, "Meet Virginia." The album went on to be certified platinum.

In 2001, the band released their second album, "Drops of Jupiter." The first single off the album, the title track, became a massive hit. He spent over a year on the charts and won a Grammy Award in the categories of Best Rock Song and Best Arrangement. The album overall went multi-platinum and peaked at number six on the Billboard 200. 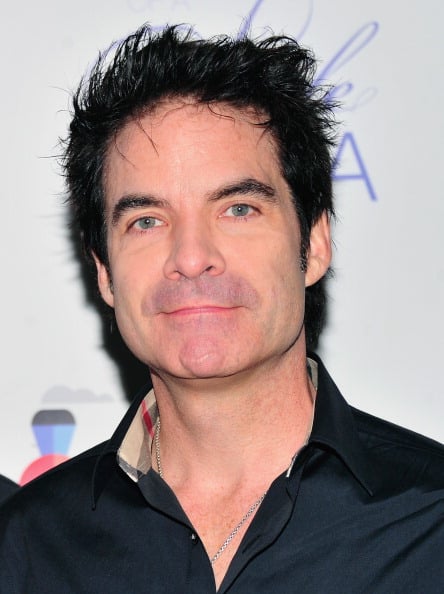 In June of 2003, the band released their third album, "My Private Nation." "Calling All Angels" was the first single off the album and became another major hit. The following year, Train released their first live album called "Alive at Last." After their fourth studio album, "For Me, It's You," failed to live up to expectations, Train decided to take a hiatus beginning in 2006. However, they have since gotten back to writing and performing, though Monahan has remained the only consistent member in the band. In 2000, Train released their fifth studio album, which featured the single "Hey, Soul-Sister," which became a chart-topping hit. Train has continued releasing music and has put out ten albums to date as of 2021.

Outside of Train, Monahan also released some solo music. From 2006 to 2009 while Train was on hiatus, Monahan released "Last of Seven," his first solo album in 2007. He then embarked on a nationwide tour to support the album and followed the tour with a more intimate, acoustic tour. One of the singles off his album, "Her Eyes," reached the tenth spot on the Billboard Hot AC chart. The album also featured duets and appearances with a number of other artists like Brandi Carlile, Richie Sambora, and Graham Nash.

He has also collaborated with other artists on a number of musical projects. In 2010, he performed with The Hollies at the Rock and Roll Hall of Fame induction ceremony, at which The Hollies were inducted. He also contributed to the Buddy Holly tribute album, "Listen to Me: Buddy Holly," which was released in 2011. He also sang the Train song, "Marry Me," as a duet with Martina McBride, which was released on her 2011 album, "Eleven." He started his own podcast in 2013 called "Patcast," in which he interviews other people in the music industry and discusses his work with Train.

Outside of his music career, Monahan has also participated in a number of other professional pursuits. He appeared on the celebrity version of "Who Wants to Be a Millionaire" and won $125,000 for the Camp Ronald McDonald charity.

In 2010, he became the voice of Driver Dan in the children's show "Driver Dan's Story Train." The year earlier, he had appeared on an episode of "CSY: NY" with Kim Kardashian.  In 2013, he had a role on an episode of "Hawaii Five-0." He has also appeared on "I Can See Your Voice" as a guest panelist and was featured as a guest singer in the Broadway musical "Rocktopia."

While Monahan was a member in Rogues Gallery, he met Ginean Rapp at a bar in Pennsylvania. The two began dating and then were married in August of 1990. They had two children together, Patrick and Emelia, and made their home in Fairview Township, Pennsylvania and then in Petaluma, California. In 2006, the couple divorced.

In May of 2004, while Monahan was still married to Rapp, he met Amber Peterson during a show he was playing. They married following his divorce and then had two children together, Autumn and Rock Richard. They live in Issaquah, Washington. 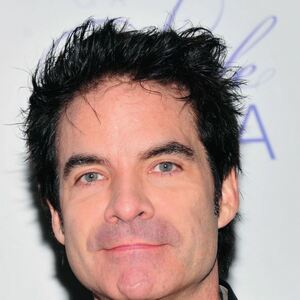