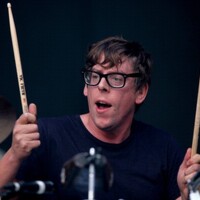 What is Patrick Carney's Net Worth?

Patrick Carney is an American rock musician who has a net worth of $20 million. Carney is best known for being the drummer of the blues-rock band Black Keys, which formed in 2001. Carney and Dan Auerbach founded the band together and continue to serve as its only members. Although they began by recording music in basements and releasing records independently, they eventually signed a record deal and emerged as one of the most popular garage bands during the 2000s. The Black Keys have released nine studio albums.

Patrick James Carney was born on April 15th of 1980 in Akron, Ohio. His father is a former reporter with the "Akron Beacon Journal" who introduced Patrick to many different genres of music from an early age. His uncle was also an early musical influence, as he was a professional saxophone player who worked with artists like Tom Waits. His mother works for the Akron Municipal Clerk of Courts, and she is also a former member of the Board of Education in Akron. Patrick was raised alongside three brothers, and his parents divorced when he was six.

After the divorce, he split his time between living with his mother and his father. During this period, he started living in a new neighborhood in Akron alongside his father. This put him in contact with Dan Auerbach for the first time, and the pair met while playing tag football. They later became friends during high school. During his youth, Carney saved up $150 to purchase a drumset by washing dishes at a local cafe. He never received any formal drum lessons, however, and he learned by mimicking his friends who were also drummers. During these early years, he was influenced by bands like Pavement, Captain Beefheart, and Devo.

After dropping out of college, Carney and Auerbach formed the Black Keys. They released their debut album "The Big Come Up" one year later, and they followed up with "Thickfreakness" in 2003 and "Rubber Factory" in 2004. They then waited until 2006 to release "Magic Potion." The band began to experience considerable commercial and critical success with the release of "Attack and Release" in 2008. Further albums include "Brothers," "El Camino," "Turn Blue," and "Delta Kream," the latter of which was released in 2021. 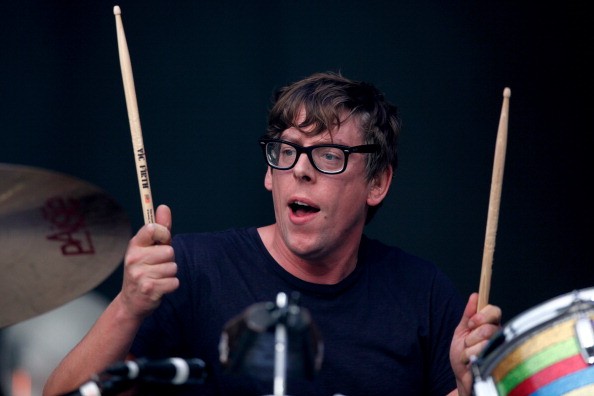 Outside of his work with the Black Keys, Carney has engaged in a number of additional ventures. He has his own recording studio in Akron called Audio Eagle Studio, which he opened in 2001. This was the studio used to record the first four Black Keys albums, although it was eventually relocated to Tennessee.

He is also known for playing the bass guitar in a band called Drummer. In addition, he served as the drummer for the 2014 album by the Rentals, entitled "Lost in Alphaville." In 2017, Carney worked on the soundtrack for the animated series "Bojack Horseman." In addition, Patrick hosts his own monthly radio show called "Serious Boredom with Patrick Carney," and he had a segment on HBO's news show "Vice News Tonight."

Carney married his longtime girlfriend Denise Grollmus in 2007, although the relationship ended in a messy divorce by 2009. In 2012, Carney married Emily Ward. That marriage ended in divorce by 2016. Before the divorce was finalized, Patrick met Michelle Branch, a singer and songwriter. The two later became engaged in 2017. In 2018, they welcomed their first child into the world, and in 2019 they were married.