Parry Gripp net worth: Parry Gripp is an American singer, songwriter, and musician who has a net worth of $2 million. Parry Gripp was born in Santa Barbara, California in September 1967. He is best known for being the lead vocalist and guitarist for the band Nerf Herder. The band formed in 1994 and released their self-titled debut album in 1996.

They also released the albums How to Meet Girls in 2000, American Cheese in 2002, Nerf Herder IV in 2008, and Rockingham in 2016. As a solo artist Gripp is known for his novelty songs, jingles, and television theme songs. His debut solo album For Those About to Shop, We Salute You was released in 2005. Parry Gripp went on to release the albums One Donut a Day in 2007, Do You Like Waffles in 2008, Space Unicorn in 2012, Raining Tacos in 2012, and Mega-party in 2013. He co-owns the Santa Barbara Orchid Estate with his sister. 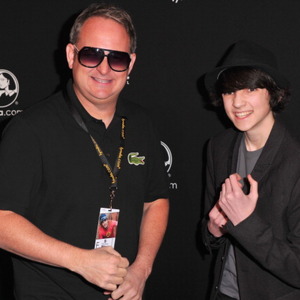