Page McConnell Net Worth: Page McConnell is an American musician and songwriter who has a net worth of $55 million dollars. Page McConnell was born in Philadelphia, Pennsylvania, in 1963, and began playing instruments when he was a toddler growing up in New Jersey. Before his 20th birthday, McConnell joined the band Phish with Trey Anastasio, Jon Fishman, and Mike Gordon. The band has released a dozen studio albums between 1989 and 2014, and McConnell has written several songs for the group, including "Cars Trucks Buses", "Army of One", "Windy City", "Halfway to the Moon", "If I Told You", and "Magilla". McConnell has also worked with Travis, Tenacious D, Phil Lesh and Friends, Spam Allstars, Porter Batiste Stoltz, and Vida Blue. He pursued a solo career during Phish's break, releasing his self-titled debut in 2007 and an instrumental album, "Unsung Cities and Movies Never Made", in 2013. He was a featured performer at the 2007 High Sierra Music Festival in California with his touring band. McConnell is an accomplished instrumentalist who plays dozens of instruments, including piano, organ, clavinet, and bass. He is the composer of the movie score for the 1997 film "Only in America" and appeared in a public service announcement encouraging safe sex. He has one child with wife, Sofi. 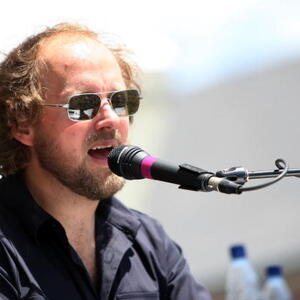