What is Ozzy Osbourne's Net Worth?

Ozzy Osbourne is an English singer, songwriter, actor, and television personality who has a net worth of $220 million. He is best known as the lead vocalist of heavy metal band Black Sabbath, as well as for his successful solo music career. That is a combined net worth with his wife of several decades, television personality/music manager Sharon Osbourne.

John Michael Osbourne was born on December 3, 1948, in Birmingham, England. He has three older sisters and two younger brothers. He has been known by the nickname "Ozzy" since he was in primary school. He credits the Beatles and their song "She Loves You" (1963) with inspiring him to pursue a career as a musician. He left school at age 15, and worked a variety of jobs from construction site laborer and trainee plumber, to apprentice toolmaker and car factory horn-tuner, among others.

Osbourne was recruited by Geezer Butler to be the vocalist for the band Rare Breed in late 1967. Although Rare Breed broke up after playing only two shows, Osbourne and Butler reunited to form the bank Polka Tulk Blues, along with guitarist Tony Iommi and drummer Bill Ward. They changed their band name to Black Sabbath in August 1969, inspired by the film of the same title. They began playing a heavy blues style of music, including gloomier and darker lyrics. Black Sabbath signed to Philips Records in November 1969, and released their first single "Evil Woman" in January 1970, with their debut self-titled album releasing the following month.

Although their first record did not receive a positive critical response, and their US record label Warner Bros. Records only invested modestly in the band, their debut was a huge commercial success. Their successive albums Paranoid (1970), Master of Reality (1971), and Volume 4 (1972) all received similar unfavorable critical reviews but were resounding commercial successes. Master of Reality was certified gold less than two months after its release, and Volume 4 achieved gold status within a month. Their 1973 album Sabbath Bloody Sabbath was their first album to receive positive reviews from the mainstream press and was their fifth consecutive platinum album in the United States. Other albums Osbourne worked on with the band include Sabotage (1975), Technical Ecstasy (1976) and Never Say Die! (1978).

In April 1979, Osbourne was fired from the band by his bandmates. They cited their reasons as his unreliable behavior and excessive substance abuse issues. After leaving Black Sabbath, the band's manager Don Arden signed Ozzy to Jet Records. Osbourne formed the band the Blizzard of Ozz in late 1979 in Los Angeles, California, and they released their debut album Blizzard of Ozz (1980), which was credited solely to Osbourne and marked the beginning of his solo career. Other albums of his include Diary of a Madman (1981), Speak of the Devil (1982), No Rest for the Wicked (1988), No More Tears (1991), among others. His first solo album in more than 10 years, Ordinary Man, was released on February 21, 2020.

Osbourne has sold more than 100 million albums. He was inducted into the Rock and Roll Hall of Fame as a member of Black Sabbath and he is also in the UK Music Hall of Fame both as a member of the band and a solo artist. Osbourne has a star on the Hollywood Walk of Fame as well as the Birmingham Walk of Stars. In 2014 he received the Global Icon Award at the MTV Europe Music Awards. 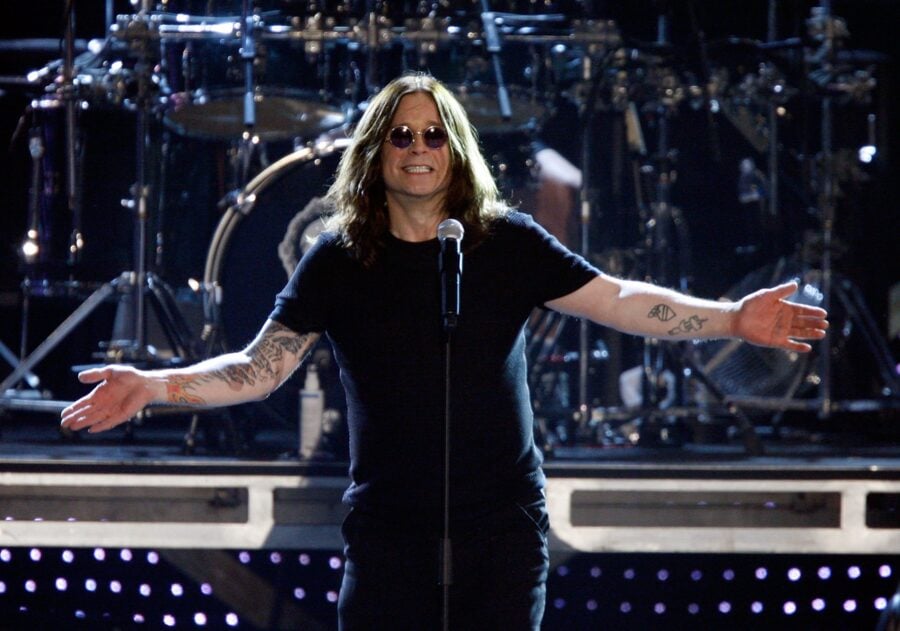 In the mid-1990s, Osbourne pioneered the metal festival tour Ozzfest, which he continues to organize and at which he has performed on an occasional basis. It is managed by his wife/manager Sharon Osbourne and assisted by his son, Jack. The first Ozzfest was held in Phoenix, Arizona, on October 25, 1996. It has since welcomed five million attendees and grossed over $100 million. Thanks to the success of Ozzfest, Osbourne was the first hard rock and heavy metal star to hit $50 million in merchandise sales.

Additionally, Osbourne and his wife Sharon starred in the 2004 MTV reality show Battle for Ozzfest, which featured several unsigned bands competing for a spot in the 2005 Ozzfest. The Osbourne family also had their own reality television show The Osbournes on MTV, which ran from 2002 to 2005. The show's first season was credited as the most-viewed series ever on MTV at the time. Osbourne and his son Jack also starred in the reality series Ozzy & Jack's World Detour on the History Channel from 2016 to 2018.

Other projects Osbourne has been involved in include the publication of his autobiography I Am Ozzy in October 2009. He has appeared in television commercials for brands and products such as I Can't Believe It's Not Butter! and the video game World of Warcraft. He is also featured as a playable character in the video game Guitar Hero World Tour.

Osbourne met his first wife Thelma Riley at a nightclub in Birmingham in 1971, and they married that same year. Together they have two children, and Osbourne also adopted Thelma's son from a previous relationship, although they eventually divorced. Osbourne married his manager Sharon Arden in July 1982, and they have three children together. The Osbourne family divide their time between their homes in Buckinghamshire, England, and Los Angeles, California. Osbourne and his wife Sharon are one of the UK's richest couples according to the Sunday Times Rich List. Osbourne has earned his net worth from recording, touring, and his various television shows.

At roughly the same time of listing their Hidden Hills mansion, the Osbournes also listed an oceanfront beach mansion in Malibu for $9.45 million. They sold this home in April 2012 for a tad under $8 million.

In 2014 O&S bought their first condo in the Sierra Towers building in Los Angeles. In 2021 they bought the unit next door. In total they paid around $6.3 million for both.

In 2015 Ozzy and Sharon paid $12 million for an 11,500 square-foot mansion in LA's Hancock Park neighborhood. In July 2022, not long after announcing their intention to move back to their native England, Ozzy and Sharon listed this home for sale for $18 million.

In 1993, Ozzy and Sharon paid an undisclosed amount to acquire an historic estate called Welders House in the village of Jordans, in Buckinghamshire, England.

In November 1999, Ozzy and Sharon paid $4 million for a 10,000 square foot mansion in Beverly Hills that would soon become famous as the filming location of their reality TV show. "The Osbournes" premiered in March 2002 and ran through 2005. They sold this home for $11.5 million in April 2013. The buyer was Christina Aguilera. 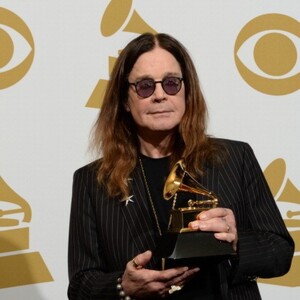