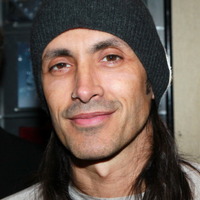 Nuno Bettencourt net worth: Nuno Bettencourt is a Portuguese musician, producer, and singer-songwriter who has a net worth of $10 million dollars. Nuno Bettencourt was born in Praia da Vitória, Terceira, Azores, Portugal, and grew up in Hudson, Massachusetts. Initially focused on sports, he began playing drums, and then guitar, while in his teens. Guitar turned into a passion for him, and he subsequently dropped out of school to focus on practicing. His first band, Sinful, was unsuccessful, but he became an international sensation after he was hired by the band, Extreme. The group released four successful albums between 1989 and 1995, and then took some time off to work separately. They reformed in 2008 and released one more album, as well as touring, before parting company again. He released his first solo album in 1997 to solid reviews, but poor sales. Since then, he has cultivated a cult following in Asia and New England, and is currently performing with his group, DramaGods, while guest performing on other artists' albums.