Noel Redding Net Worth: Noel Redding was an English musician who had a net worth of $2 million at the time of his death. Noel Redding was born in Folkestone, Kent, England in December 1945 and passed away in May 2003. He was best known for being the bassist for the Jimi Hendrix Experience.

He started playing violin at age nine and then took up guitar and mandolin. He played with local bands The Strangers, The Lonely Ones, and The Loving Kind. At 17 years old he started touring clubs in Germany and Scotland. Redding joined Hendrix's band in 1966 and stayed until 1969. He switched from guitar to bass with the band. Redding helped the band create their albums Are You Experienced, Axis: Bold as Love, and Electric Ladyland. He wrote the songs "Little Miss Strange" and "She's So Fine". All three of the band's albums made the top 100 on the list of Rolling Stone's 500 Greatest Albums of All Time. The Jimi Hendrix Experience was inducted into the Rock and Roll Hall of Fame in 1992. In 1968 Redding formed the band Fat Mattress and they released two albums. He formed the band Road who released one album in 1972. The same year Noel moved to Ireland and formed The Noel Redding Band. The band released two albums. Redding co-authored the book Are You Experienced?. In the book he details how he was ripped off for as much as $8 million in owed royalties from the Hendrix estate. At one point near his death, he launched an unsuccessful lawsuit against theestate. Noel was married to school teacher Susanne Redding. Noel Redding passed away on May 11, 2003 at the age of 57. 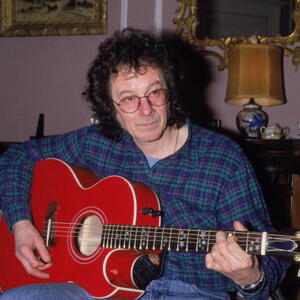