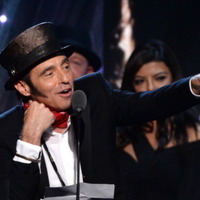 Nils Lofgren net worth: Nils Lofgren is an American musician who has a net worth of $20 million dollars. Nils Lofgren was born in Chicago, Illinois and grew up in Garrett Park, Maryland. He began playing the accordion when he was five years old, and then shifted his focus to guitar and piano when he was in his teens. He formed the band, Grin, in 1968, and also served as a guest performer with Neil Young and Crazy Horse. In 1971, Grin signed a record deal, and released four critically successful albums. However, their music never caught on with the public, and they were released from their contract in 1974. The members of the band went their separate ways, and Nils Lofgren launched a solo career. His debut album as a solo artist was a massive hit with critics, and he continued to release solo albums throughout the 70s and early 80s. He began performing with Bruce Springsteen and the E Street Band in 1984, and has continued to do so since then.