How much is Nikolai Fraiture Worth?

Nikolai Fraiture Net Worth: Nikolai Fraiture is an American musician who has a net worth of $10 million. Nikolai Fraiture was born in New York City, New York in November 1978. He is best known for being the bassist for the rock band The Strokes. He received his first bass from his grandfather as a graduation present at 16 years old. The Strokes formed in 1998 and consist of Julian Casablancas, Nick Valensi, Albert Hammond, Jr., Nikolai Fraiture, and Farizio Moretti. Their debut studio album Is This It was released in 2001 on Rough Trade and RCA records. The album went Platinum and cracked the top five on the charts in Australia, Ireland, Norway, Sweden, and the UK. The album featured the singles "Hard to Explain", "Last Nite", and "Someday". The band's 2003 album Room on Fire made the top 10 in the United States, Australia, Germany, Ireland, Norway, New Zealand, Sweden, and the UK. That album contained the singles "12:51", "Reptilia", and "The End Has No End". The band's third album First Impressions of Earth was released in 2006 and reached #1 in the UK. The band also released the albums Angles in 2011 which hit #1 in Australia, and Comedown Machine in 2013. They have sold more than five million albums worldwide and have won four NME Awards and a Brit Award. Fraiture has a side project band known as Nickel Eye who released the album The Time of the Assassins in 2009. He played bass with Arcade Fire and Mick Jagger on Saturday Night Live in 2012. Fraiture attended Hunter College with Valensi. 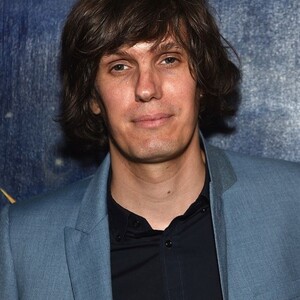