What is Nikki Sixx's Net Worth?

Nikki Sixx is an American musician, songwriter, author, fashion designer, radio host and photographer. Nikki Sixx has a net worth of $45 million. Sixx is best known as the co-founder, bassist, and primary songwriter of the band Mötley Crüe. He also has a successful solo career.

Nikki Sixx was born Frank Carlton Serafino Feranna, Jr. on December 11, 1958, in San Jose, California. His father left the family when Nikki was young. He was raised by his mother, Deana Richards until she abandoned him. Sixx was then raised by his grandparents. After he got into some trouble as a teenager–including being expelled from school for selling drugs–he was sent to live with his mother in Seattle. Nikki wasn't with his mom long, but it was long enough to learn to play the guitar. He bought his first bass guitar with the money he made selling a guitar he had stolen.

When he was 17, Sixx moved to Los Angeles. He had a number of jobs including working at a liquor store and selling vacuums over the phone. These jobs gave Sixx the time to audition for bands. He joined the band Sister after answering an ad in a local newspaper. The band recorded a demo and not long after, Sixx was fired from the band. In the late 1970s, he legally changed his name to Nikki Sixx.

Sixx founded Mötley Crüe in 1981 with drummer Tommy Lee. They later added guitarist Mick Mars. Vince Neil joined Mötley Crüe thought Lee. The two went to the same high school. Mötley Crüe self-recorded their debut album, "Too Fast for Love," in 1981. It was released on the band's record label Leathür Records in November 1981. The album was re-released in 1982 after the band signed with Epic Records. Sixx and Mötley Crüe then recorded "Shout at the Devil" in 1983. "Shout at the Devil" was a massive hit. Mötley Crüe released three more albums in the 80s,  1985's "Theatre of Pain," 1987's "Girls, Girls, Girls," and 1989's "Dr. Feelgood." Dr. Feelgood is Mötley Crüe's most successful record. It was on the album charts for 114 weeks.

In 2000, Mötley Crüe released "New Tattoo," with Randy Castillo (Ozzy Osbourne) behind the drum kit instead of Tommy Lee. Lee left the band in 1999.

Mötley Crüe reunited in 2004, during which Sixx revealed he was sober. In 2006, Mötley Crüe embarked on a reunion tour with the four original members of the band. That same year they went on a co-headlining tour with Aerosmith. In 2007, Sixx released his autobiography, "The Heroin Diaries: A Year in the Life of a Shattered Rock Star." In June 2008, Mötley Crüe released their ninth and final album, "Saints of Los Angeles." Nikki Six is credited as the writer or co-writer on all tracks. Mötley Crüe retired in 2015.

Sixx launched the clothing line "Royal Underground" in 2006 with musician Kelly Gray, formerly the co-president and house model of St. John. It only included men's clothing at first, but eventually expanded into women's attire as well.

In 2010, Nikki Sixx and Kerri Kasem hosted nationally syndicated rock/alternative music radio programs "Sixx Sense" and "The Side Show Countdown" via Premiere Radio Networks both based in Dallas, Texas.

In 2020, Mötley Crüe announced a summer stadium tour with Poison, Def Lepard, and Joan Jett and the Blackhearts. The tour was postponed to 2021 due to the coronavirus pandemic. 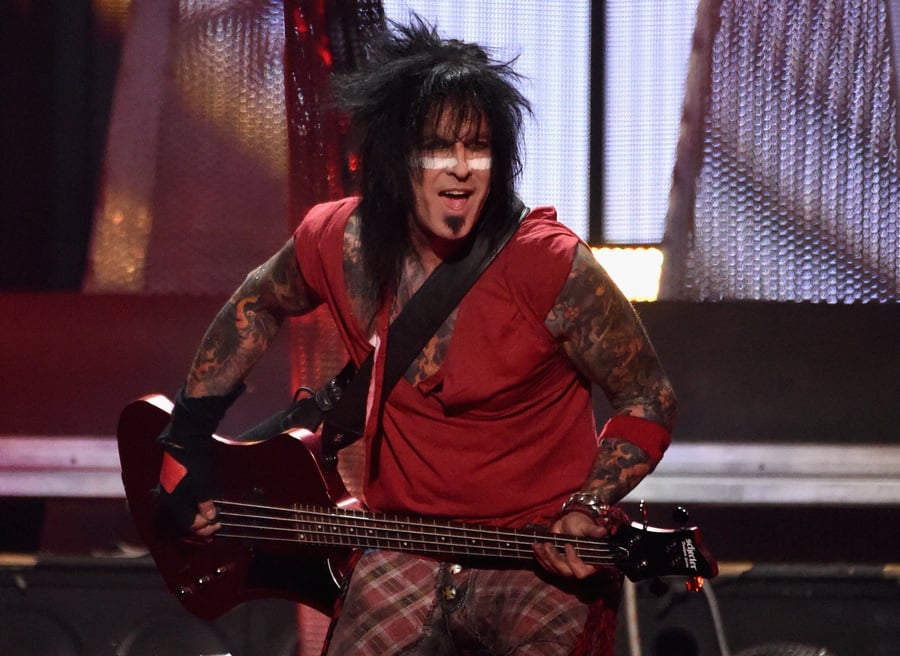 During his time with Mötley Crüe, Sixx was addicted to heroin. He has said that he overdosed "about half a dozen times." On December 23, 1987, Sixx overdosed on heroin. He was reportedly declared clinically dead for two minutes before a paramedic revived him with two syringes full of adrenaline.

Just one month after Sixx and Brandt divorced, he married Playboy Playmate and actress Donna D'Errico. They have one daughter, Frankie-Jean, born in 2001. They separated and reconciled a number of times before divorcing in the summer of 2007.

During the stay-at-home orders related to the 2020 Covid-19 pandemic, Sixx, Bingham, and Ruby were spotted in Wyoming.

In July 2014, Sixx and his wife bought a mansion in Los Angeles suburb Westlake Village for $4.125 million. The 10,300-square-foot, single-story home is set on 1.2 acres within an exclusive gated country club called North Ranch Country Estates. The home has high ceilings, large main rooms, a family room wet bar, and extensive loggias that make the home ideal for entertaining. A spa sits off the swimming pool and another is by the master suite. The pool cabana has bathrooms, a covered area, and an outdoor shower. There are a total of six bedrooms and eight bathrooms. In October 2020 he listed this home for sale for $5.699 million. He sold the home in September 2021 for $5.18 million.

Shortly after buying the Westlake Village mansion, Sixx listed his former home in Calabasas for sale for $2.399 million. Set in a gated community on a third of an acre corner lot, the home has four bedrooms, five bathrooms, wood floors, an office with built-ins, a loft, a music room/home theater, a swimming pool, spa and barbecue center with fireplace and pizza oven. He purchased the home in 2011 for $1.89 million. 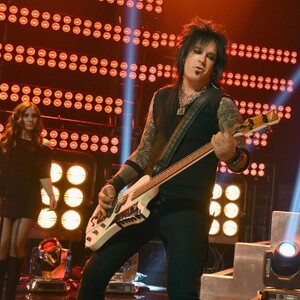