John Taylor net worth: John Taylor is an English musician and bass guitarist who has a net worth of $30 million. Born in Solihull, Warwickshire on June 20, 1960, Taylor is known to many as the bass guitarist for New Wave band Duran Duran. Founded in 1978, Taylor continued on with Duran Duran through its success in the 1980s until his departure in 1997 when he left to pursue a solo career in music.

He has appeared in several films since then and held the lead role in the film, Sugar Town. In 2001, Taylor rejoined the band for an epic reunion and currently plays for them. Taylor relocated to Birmingham in his youth where his musical integrity thrived. He has also played with acts such as The Power Station, Neurotic Outsiders, and Robert Palmer. He endorses a Phillip Kubicki Factor Bass, an Aria Pro II SB1000, Peavey strings, and a Peavey JT-84 John Taylor Signature bas guitar. Taylor is currently married to Gela Nash, who is the co-founder of Juicy Couture. Taylor has dual citizenship and has one daughter from his previous marriage to Amanda De Cadenet by the name of Atlanta Noo. 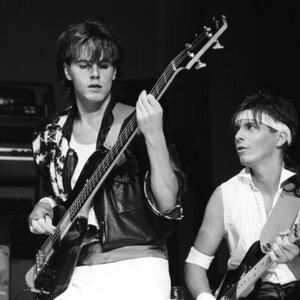