The Londoner then went on to join various rock acts which included The Streetwalkers, Pat Travers and Trust (a French political band) before joining Iron Maiden in 1982, replacing drummer Clive Burr. Considered as one of the greatest and the most influential drummers in heavy metal, McBrain was a major contributor to Iron Maiden's string of hits throughout the 80's. Although the band went through major line-up changes over the years, McBrain remained with the group. As well as being a notable drummer, McBrain wrote his first (and only) song called New Frontier, which is featured in the band's 2003 album, Dance to Death. 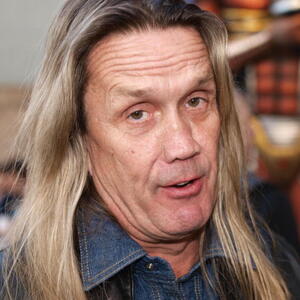