Nick Mason Net Worth: Nick Mason is an English drummer and composer who has a net worth of $180 million dollars. Nick Mason is the only member of the hugely successful rock group, Pink Floyd, to have remained a member throughout the band's entire career. He has also served as a guest percussionist on a number of other artists' albums and is the author of the book, "Into the Red", published in 1998.

Early Life: He was born Nicholas Berkeley Mason on January 27, 1944, in Edgbaston, Birmingham, England. The son of documentary filmmaker Bill Mason, Nick was raised in Hampstead, London and attended the Hall School. Afterwards, he studied at Frensham Heights School near Farnham, Surrey. Later, he went on to study architecture at the Regent Street Polytechnic, now the University of Westminster.

Music Career: It was at Regent Street Polytechnic school that Mason teamed up with Roger Waters, Bob Klose, and Richard Wright in 1964 to form the predecessor to Pink Floyd, called Sigma 6.

Nick was the drummer on every Pink Floyd album (but not on every single song), and he penned some of their most popular singles like "Echoes" and "Time". The songs that are solely credited to Mason include, "The Grand Vizier's Garden Party Parts 1–3" (from Ummagumma) and "Speak to Me" (from The Dark Side of the Moon). The track "Nick's Boogie" was named after him. The only times Mason did vocals for the band were for the album"Corporal Clegg," one single spoken line in "One of These Days," and spoken parts of "Signs of Life" and "Learning to Fly" from the album "A Momentary Lapse of Reason." He also sings lead vocals on two unreleased but heavily bootlegged tracks called "Scream Thy Last Scream" and "Sheep."

Over the years, Pink Floyd became one of the most commercially successful and musically influential groups in the history of rock music. Today, they are most appreciated for their psychedelic or space rock music, and for their progressive rock music. The band recorded 14 albums in total, and all except Animals reached number one in the US. The studio releases that brought Pink Floyd worldwide success are the following: The Dark Side of the Moon (1973), Wish You Were Here (1975), Animals (1977) and The Wall (1979). 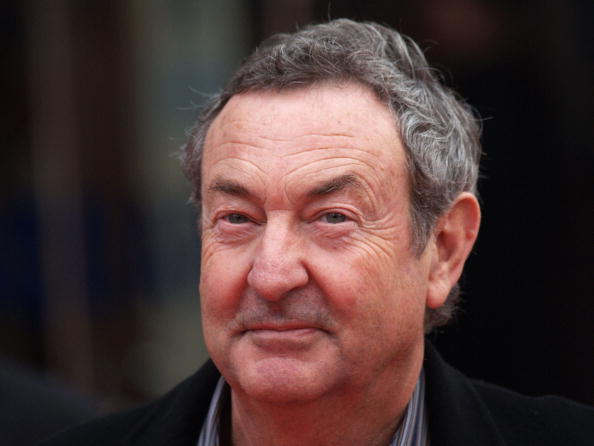 When Roger Waters left the group in 1986, Roger and Mason were involved in legal conflicts over ownership of the name 'Pink Floyd'. Even though this dispute lasted roughly seven years, they are on good terms now and the last time they performed together was on the last two nights of Waters' 2002 world tour to play drums on the Pink Floyd song "Set the Controls for the Heart of the Sun". Mason also played the drums on some concerts of Waters' European tour in 2006, and during performances in Los Angeles and New York City for the North American leg. In July 2005, Mason, Gilmour, Wright, and Waters played together on stage for the first time in 24 years, a four-song set at the Live 8 concert in London. In May 2006, Mason joined Gilmour and Wright for the encore during Gilmour's show at the Royal Albert Hall in London. Mason has claimed to be the link between Gilmour and Waters and that Pink Floyd had not officially disbanded, but with the death of Wright in 2008, the band effectively came to an end. Mason has still continued to join Waters on stage on occasion. He notably joined him in May 2007 at Earls Court to play "Dark Side of the Moon." In May 2011, Mason was featured along with Gilmour on the encore "Outside the Wall" at a concert by Waters. Mason performed in the closing ceremony of the 2012 Olympic Games in London on August 12, 2012. He was presented with a BASCA Gold Badge Award in recognition of his contributions to music in October 2012.

Mason formed a new band in 2018, "Saucerful of Secrets," to perform Pink Floyd's early psychedelic music. The band also comprises former Blockheads guitarist Lee Harris, bassist and Pink Floyd collaborator Guy Pratt, vocalist and guitarist Gary Kemp of Spandau Ballet, and Orb keyboardist Dom Beken. Mason wanted to bring their earlier material to a wider audience, due to the fact that many fans had only discovered Pink Floyd after the release of "Dark Side of the Moon." Nick launched a tour in 2018 and 2019 of Europe and North America "Nick Mason's Saucerful of Secrets," during which Waters joined Mason on stage in NYC for the April 18th performance of "Set the Controls for the Heart of the Sun."

The group's third tour was postponed in 2020 due to the COVID-19 pandemic. In September 2020, they released a live album and a film, "Live at the Roundhouse."

Other Ventures: Aside from his work with the band, he owns two main companies, Nick Mason Music and Nick Mason Music (Overseas). Mason also holds stakes in several other profitable businesses, including a keyring maker in Shropshire. Mason published a book in the UK in October 2004 called "Inside Out: A Personal History of Pink Floyd." Nick is also a licensed pilot and flies an Aerospatiale AS 350 Squirrel helicopter.

Car Collection: An avid car collector, Mason has a fine collection of classics made by Aston Martin, Bentley, Bugatti, Jaguar, Ferrari and Porsche. One of his most-prized cars is a 1962 Ferrari 250 GTO. One of only 39 of these cars ever built, iaced at the 24 Hours of Le Mans back in 1962 and has raced every single year of its life. Mason values this car so much that he once turned down a $35 million offer. This one car alone might be worth $50 million.

Personal Life: As for his private life, he is currently married to his second wife, actress Anette Lynton, with whom he has two sons. Mason also has two daughters from his first marriage to Lindy Rutter, whom he divorced in the late '80s. The Mason family lives in Hampstead, London. 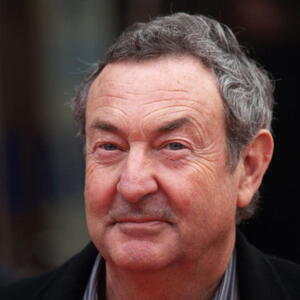