Nick Hexum Net Worth: Nick Hexum is an American musician and songwriter who has a net worth of $25 million. Born April 12, 1970 in Madison, Wisconsin, Nick Hexum is best known as the vocalist and guitarist for the multi-platinum alternative rock band 311. Hexum attended high school at Westside High School in Omaha, Nebraska where he played in the school's concert jazz band as well as several local bands.

He moved to Los Angeles, California in the late '80s to pursue a music career, but actually found his first real opportunity back in Omaha, Nebraska just a couple of years later. He was convinced by his friend (and future band mate) Chad Sexton to move back to Omaha to start a band with their friends Aaron Wills and Jim Watson-the band that would later become 311. When Hexum became acutely aware that the only way to get the exposure 311 needed was to release albums, he started his own record label and called it What Have You Records. The band released three albums before finally signing with Capricorn Records in 1992. Hexum's other projects include producing the soundtrack for the Adam Sandler/Drew Barrymore film 50 First Dates, creating a non-profit dedicated to supporting various environment causes, supporting such political causes as the 2004 presidential election in support of John Kerry and playing in The Nick Hexum Quintet. Hexum married Nickki, a writer/painter, on New Year's Eve 2008. Daughter Echo Love was born in 2009 and daughter Maxine was born in 2011. In 2017 Hexum appeared on the Goldfinger song "The Knife" and 311 released the album Mosaic. 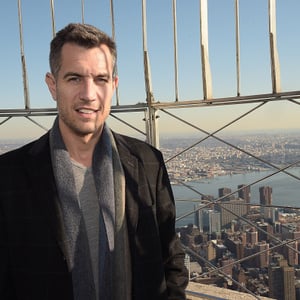