Nick Cave net worth: Nick Cave is an Australian musician, author, director, performer, and composer who has a net worth of $8 million dollars. Born in Warracknabeal, Victoria, Australia, Nick Cave got into trouble numerous times as a child, and his parents eventually sent him to boarding school. He sang with the choir all through school, and went on to attend the Caulfield Institute of Technology, majoring in painting.

However, he dropped out after two years to focus on building a music career. From 1973 to 1984, he fronted the band, The Birthday Party, which became known for wild live performances and dark lyrics. In 1984, he began performing with the group that would bring him lasting fame called, Nick Cave and the Bad Seeds. The group is set to release their fifteenth album in 2013. In 2016, they released their 16th album, Skeleton Tree. They are known for the wildly eclectic sound, and the fact that no two records recorded by the band sound the same. In addition to his work with the Bad Seeds, he has also toured as a solo artist, performed with the side group, Grinderman, composed music for multiple soundtracks and theatre productions, published four books, appeared in multiple movies, and wrote the screenplay for the critically acclaimed film, "The Proposition". 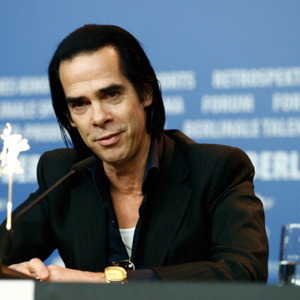