What was Neil Peart's Net Worth?

Neil Peart was a Canadian musician and author who had a net worth of $40 million at the time of his death. Neil Peart is remembered primarily for his contributions to the rock band Rush. After joining the band in the mid-70s, Neil acted as its drummer and primary lyricist for many decades. He was eventually inducted into the "Modern Drummer Readers Poll Hall of Fame in 1983." Celebrated for his technical abilities and his incredible live performances, Neil Peart was considered one of the best drummers of his generation.

Outside of music, Peart published several books. Many of his books were memoirs that detailed his various travels across the world and various themes such as science fiction and philosophy. In total, Neil wrote seven nonfiction books.

In 2015, Neil announced his retirement from the world of music, although several individuals close to Peart claimed that he was merely taking a break. In 2018, it was confirmed that he was permanently retiring due to health issues. In 2020, Neil passed away at the age of 67. The official cause of death was glioblastoma, and he had been fighting the aggressive form of cancer for over three years.

Neil Ellwood Peart was born on September 12th of 1952 in Hamilton, Ontario, Canada. Although Neil was initially raised on a farm in Hagersville, his family eventually relocated to St. Catharines where he grew up alongside three younger siblings. By the time Peart was approaching his teen years, he became interested in music after listening to the latest pop music with a transistor radio. Although Neil first played the piano, he later turned to drumming.

After his parents bought him a drum kit, Neil started taking lessons at a local music conservatory. Soon enough, Neil was performing in front of other high school students on stage. During his late teen years, Peart joined many local bands. After graduating high school, Neil relocated to London, England with the hopes of finding greater opportunities to become a professional musician. This proved to be unsuccessful, and Peart returned to Canada after 18 months.

Soon after returning to his home nation, Neil auditioned for Rush. He officially joined the band in 1974, immediately before they were scheduled to embark on their first tour of the United States. Soon enough, Peart had become the band's primary lyricist, with the other members showing no interest in writing their own songs. By 1975, the group had released the album "Fly by Night." The album was quite successful, and it earned Rush a Juno Award.

Unfortunately, the band was unable to replicate the success of this album with "Caress of Steel," their next effort. However, they were able to make a comeback over the next few years, allowing them to break into the United States and gain a strong following. Over the next few years, the band ramped up their work rate considerably, releasing a number of albums over the course of the late 70s. Perpetually in the studio, Rush was able to release five studio albums in four years. They also performed close to 300 concerts per year, and the band's popularity continued to rise throughout the 80s and 90s. 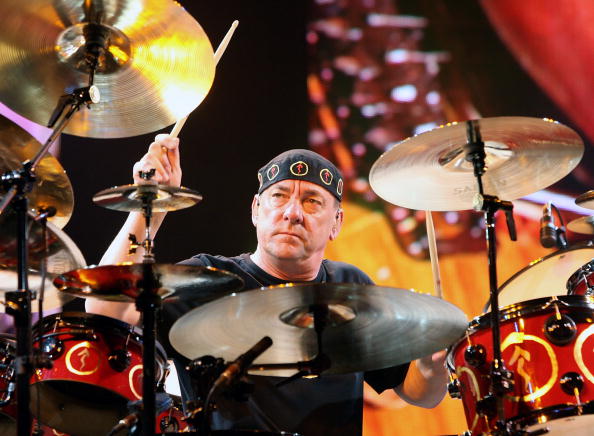 In 1997, Neil Peart's daughter was killed in a car crash at the age of 19. 10 months later, his long-term common-law wife passed away. They had been together for 23 years. Peart later stated that she passed away due to a broken heart, although cancer was the official cause of death. This almost caused Peart to retire, although he returned to music after a long motorcycle ride across North and Central America. While Peart was taking time away from music, Rush went on a four-year hiatus.

By 2001, the band reformed and released three more studio albums. The first, "Vapor Trails," came in 2002, followed by "Snakes & Arrows" and "Clockwork Angels" in 2007 and 2012, respectively. Unfortunately, this would prove to be the last hurrah for Rush, as Peart's health issues were starting to catch up with him. In, the band ceased large-scale touring as Neil addressed these issues.

In 2015, Peart announced that he was retiring. At the time, he also revealed that he had been suffering from a range of health issues, including chronic tendinitis and shoulder problems. Unfortunately, these health concerns were only the tip of the iceberg. In 2020, he passed away after suffering from brain cancer. He had been fighting a losing battle against the disease for the past 3-and-a-half years.

Neil Peart has become one of the most celebrated artists in drumming history. He is known for playing with the heavier end of the drumstick outward, rather than the usual method of using the narrowed ends outwards. In the mid-1990s, he reinvented his style with help from jazz coach Freddie Gruber. Neil is also known for his innovative and advanced drum kit setups, sometimes playing with more than 40 different drums. On stage, Peart delivered mesmerizing and intricate drum solos.

In 2011, it was reported that Peart had purchased a $4.95-million residence in Santa Monica, California. Neil apparently got a pretty good deal on the property, as it was originally listed for $5.125 million. Spanning 6,200 square feet of living space and five bedrooms, the residence was originally constructed in 2001. It features French doors, a double-sided fireplace, a media room, a wine cellar, and a wet bar. 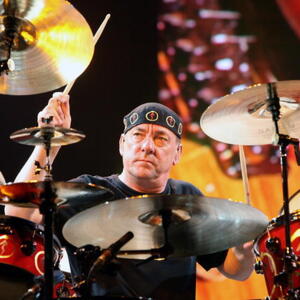