What is Neil Diamond's Net Worth?

Neil Diamond is an American singer who has a net worth of $300 million. Neil Diamond's staggering net worth reflects his well-deserved reputation as one of the most successful musicians of all time.

With over 100 million records sold worldwide over the course of his long and fruitful career, Neil Diamond is among the best-selling artists in history. Diamond is also the recipient of multiple awards that celebrate his contributions to the world of music.

Neil Leslie Diamond was born on January 24th of 1941 in Brooklyn, New York. he was raised in a Jewish household by merchant parents, although his father later joined the army. Diamond first became involved in music during his high school years after joining the choir alongside a young Barbara Streisand. After transferring to another high school, Diamond joined the fencing team.

At age 16, Neil Diamond received a guitar as a birthday present. Soon enough, he was writing his own songs and taking guitar lessons. Songwriting soon sparked a passion for poetry, and Diamond often wrote pieces for his high school crushes.

Although Diamond attended New York University with a pre-med major, he gradually became more and more fascinated with music and continually less so with his schoolwork. Eventually, Neil Diamond dropped out of college when he was just months away from graduating.

During his college years, Neil Diamond had been cutting classes and visiting Tin Pan Alley – an area in New York where various music publishers and songwriters had "set up shop." His efforts to get noticed eventually bore fruit, as he was offered a $50 per week songwriting contract by Sunbeam Music Publishing. It was at this point that Neil Diamond dropped out of college and never looked back.

However, once his contract came to an end, Sunbeam didn't re-hire Diamond. He was forced to pursue a solo career, writing songs and releasing unsuccessful singles in the early 60s. Although these singles were commercial flops, positive reviews attracted the attention of Columbia Records, who signed him – only to drop him after continued failures.

Diamond spent the next period living on less than $3 per day in today's money. He spent most of his time writing songs – many of which would become future hits.

By 1965, Neil Diamond was experiencing more success after writing songs for artists like The Monkees. Elvis Presley also started to cover Diamond's songs. In 1966, Diamond had signed with Bang Records, and he finally achieved mainstream success with hits like "Solitary Man," "Cherry, Cherry," and "Kentucky Woman."

Feeling dissatisfied with Bang Records, Diamond moved to Uni Records and released his debut album, Velvet Gloves and Spit. Towards the end of the 60s, Diamond found his signature, mellow sound with hits like "Sweet Caroline" and "Holly Holy." He then spent much of the next period touring, often as a one-man-show.

In 1973, Diamond returned to Columbia for a contract that would give him a $1 million advance per album. In today's money, the contract would be roughly equivalent to $5.75 million. In 1974, he released the album Serenade. In 1975, Diamond accepted a $650,000 payment from Las Vegas' Aladdin Hotel to perform at the opening of their new $10-million theater. In today's money, Diamond's payment is roughly equivalent to $3 million.

After rounding out the 70s with the album September Morn, Neil Diamond spent part of 1979 undergoing surgery to remove a tumor in his spine. The tumor had drained all strength from Diamond's legs, causing him to collapse violently on stage.

In the 80s, Diamond appeared in the film The Jazz Singer. The film was a colossal failure because Diamond had no acting experience. During the 80s, Diamond also performed at the Superbowl. In the 90s, Diamond continued to pursue his music career and released six studio albums. Although Diamond's career began to slow after the new millennium, he stalwartly released albums and appeared in TV shows like American Idol. In 2011, he was inducted into the Rock and Roll Hall of Fame.

In February 2022 Neil agreed to sell his entire song catalog and recording rights to Universal Music Group for an undisclosed amount. Based on comparable catalog sales and the size of the Diamond catalog, the price is safely over $200 million.

The sale included an unreleased album and over 100 songs that had not yet been released. 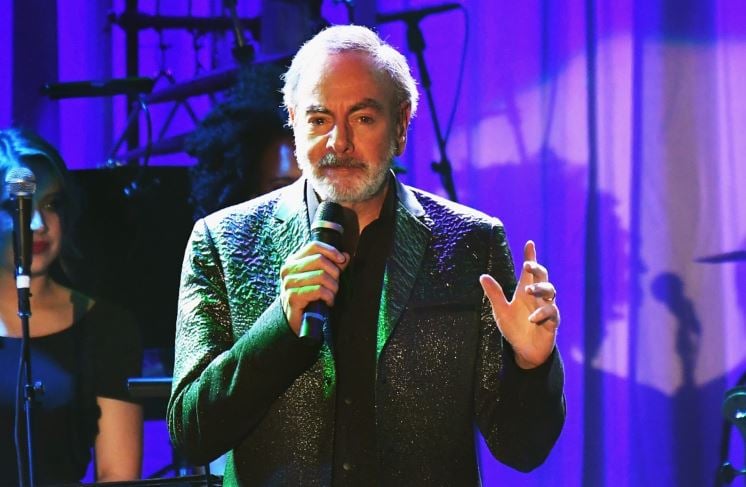 Parkinson's Disease and Retirement From Touring

In 2018, Neil Diamond publicly announced that he had been diagnosed with Parkinson's Disease. PD is the second most common neurodegenerative disorder in the United States after Alzheimer's disease, and it can lead to tremors, stiffness, constipation, and difficulty completing motor tasks like walking and talking. Eventually, many people with Parkinson's Disease develop Dementia.

Although Neil Diamond announced that he was retiring from touring following his diagnosis, he reported in 2020 that he was taking medications and completing special exercises to help with the symptoms of the illness. Although he can no longer travel in the same way that he used to, he stated that he feels positive about his situation.

Neil Diamond's first marriage was to Jayne Posner, a woman whom he had met during his high school years. They married in 1963, separated in 1967, and finalized their divorce in 1969. During this relationship, the pair had two children together.

Immediately after his divorce in 1969, Neil Diamond married a production assistant named Marcia Murphey. During their 25-year marriage, they had two children together before their divorce was finalized by 1995.

In 1996, Diamond began a relationship with an Australian woman named Rae Farley after they met in Brisbane. They split five years later.

In 2011, Neil Diamond announced his engagement to Katie McNeil, a woman who is almost 30 years his junior. The couple were wed in 2012. Katie McNeil acts as Diamond's manager, and she also produced a documentary about her husband. Neil Diamond has stated that McNeil is a source of inspiration for his music.

In 2017, Neil Diamond purchased an extensive estate that media sources described as "magnificent." The $7.25-million mansion sits in the ultra-exclusive neighborhood of Blue Whale Estates, which is made up of just five homes. Naturally, Diamond's home is the largest of the quintet with a square footage of 4,692.

Among other features, the five-bedroom home also boasts a great room with vaulted ceilings. There's plenty to enjoy outside as well, with a spa, patio, and infinity pool. Through determination, wit, or sheer luck, Neil Diamond managed to secure the estate for less than the $8.15-million price tag the sellers paid to acquire the property in 2010. 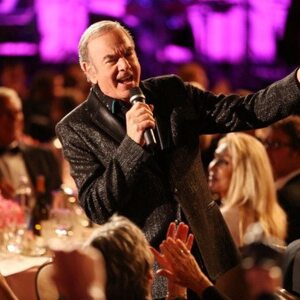