Neal Smith net worth: Neal Smith is an American musician who has a net worth of $10 million. Neal Smith was born in Akron, Ohio in September 1947. He is best known for being the drummer for the rock band Alice Cooper from 1967 to 1974.

Smith has also released several solo albums including Platinum God in 1999, Cinematik in 2001, Cinematik: One Full Moon Away in 2002, Killsmith: Sexual Savior in 2008, Killsmith Two in 2011, and Killsmith & The Greenfire Empire in 2014. Smith played on all of the Alice Cooper band's albums before he went solo starting with their debut studio album Pretties for You in 1969 and their album Easy Action in 1970. Alice Cooper released the album Love It to Death in 1971 and the album Killer the same year. The band released the album School's Out in 1972 which reached #1 in Canada and #2 in the US. Their album Billion Dollar Babies was released in 1973 and reached #1 in the US, UK, and the Netherlands and the band also released the album Muscle of Love the same year. Neal Smith has also played on albums by Plasmatics, Buck Dharma, Ant-Bee, Bruce Cameron, Hollywood Vampires, and more. 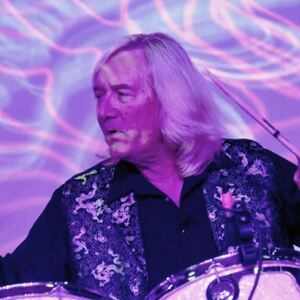