Nathaniel Motte net worth: Nathaniel Motte is an American singer, producer, and film composer who has a net worth of $8 million dollars. Nathaniel Warren Seth Motte was born in Lincoln, Nebraska in January 1984. Motte is a member of the electronic pop duo 3OH!3 along with Sean Foreman. He graduated from the University of Colorado at Boulder in 2006 and was accepted to medical school in 2007.

As a child he took piano lessons and then started playing the guitar. Nathaniel started to DJ at 18 and then started to produce music. He co-writes and produces all music for 3OH!3 and musically directs their live shows. The pair formed 3OH!3 which is named after the Boulder, CO area code in 2004. The groups' self-titled debut album was released in 2007 and they have released four studio albums. Their biggest his is the single "Don't Trust Me" which hit #7 on the Billboard Hot 100 and was certified 3x Platinum in the United States. 3OH!3 has collaborated with pop stars such as Katy Perry and Kesha. Motte has worked with other artists, including co-writing the song "Hey" for Lil Jon. In 2011 he released a collaborative album with Awol One called The Child Star. He also co-wrote and co-produced Maroon 5's hit "Love Somebody". He has also worked with Jeffree Star, Elen Levon, Active Child, The Chain Gang of 1974, Shape Shifters, and Karmin. 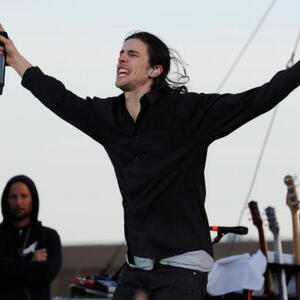