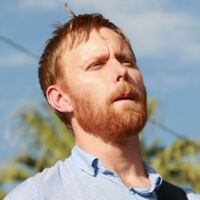 Nate Mendel net worth: Nate Mendel is an American musician who has a net worth of $40 million. Nate Mendel was born in Richland, Washington in December 1968. He plays the bass guitar and guitar. Mendel has played for several bands including Foo Fighters, Sunny Day Real Estate, The Jealous Sound, and The Fire Theft. He started his new band Lieutenant in 2015. Nate Mendel began playing with the Foo Fighters for their 1997 album The Colour and the Shape. He played on the album There Is Nothing Left to Lose in 1999. Foo Fighters released the album One by One in 2002 which reached #1 in the UK and #3 in the US. They released the successful albums In Your Honor in 2005 and Echoes, Silence, Patience & Grace in 2007. Foo Fighters released the album Wasting Light in 2011 which reached #1 in several countries including the US. They also released the successful album Sonic Highways in 2014 and the album Concrete and Gold in 2017 which also reached 31 in several countries including the US. Mendel has played on albums by Sunny Day Real Estate, The Fire Theft, Lieutenant, and The Nightwatchmen.