Milo Aukerman net worth: Milo Aukerman is an American singer, songwriter, and former research molecular biologist who has a net worth of $5 million. Milo Aukerman was born in Lomita, California in January 1963. He is best known for being the lead singer of the punk rock band The Descendents. The band formed in 1977 and Aukerman joined in 1980.

The Descendents released their debut studio album Milo Goes to College in 1982 and the albums I Don't Want to Grow Up in 1985, Enjoy! In 1986, and All in 1987. Their album Everything Sucks was released in 1996 and reached #4 on the US Heatseekers chart. The Descendents released the album Cool to Be You in 2004 and it also reached #6 on the US Heatseekers chart and #6 on the US Independent chart. The band released the album Hypercaffium Spazzinate in 2016 which reached #1 on the US Independent chart and #20 on the Billboard 200 chart. Milo Aukerman earned his doctorate in biology from UC San Diego. 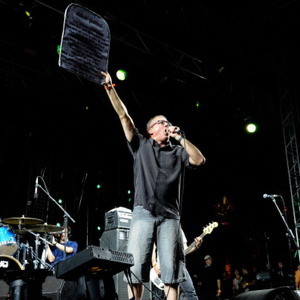