According to his will, Miles left 20% of his estate to his daughter Cheryl, 40% to his son Erin, 10% to his nephew Vincent and 15% a piece to his brother Vernon and sister Dorothy. For reasons unknown he cut out two sons; Gregory and Miles IV. He also cut out a brother named Joseph and three ex-wives, including actress/singer Cicely Tyson.

Miles Dewey Davis III was born in Alton, Illinois in May 1926 and passed away in September 1991. He is considered to be one of the most influential musicians in American history. Miles and his musical groups lead the way for styles of jazz music including cool jazz, bebop, jazz fusion, hard bop, and modal jazz. At 13 years old Miles started to play the trumpet. He started playing professionally at age 16. Throughout his career Davis released 48 solo studio albums, starting with The New Sounds in 1951. His albums were through the labels Prestige, Blue Note, Columbia, and Warner Bros. Davis also recorded albums as a sideman for Charlie Parker, Billy Eckstine, Charles Mingus, Sarah Vaughan, Sonny Rollins, Leonard Bernstein, Rene Urteger, Cannonball Adderley, Betty Davis, Chaka Khan, Quincy Jones, Dizzy Gillespie, Chick Corea, and Louis Armstrong. Davis' 1959 album Kind of Blue has been certified 4x Platinum and sold more than four million copies in the United States. In 2009 the U.S. House of Representatives recognized and commemorated the album's 50th anniversary. Davis was inducted into the Rock and Roll Hall of Fame in 2006. 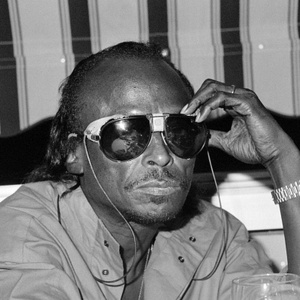