Mikkey Dee Net Worth: Mikkey Dee is a Swedish rock musician who has a net worth of $9 million. Mikkey Dee was born in Gothenburg, Sweden in October 1963. He is best known for being the drummer of the bands King Diamond, Don Dokken, and Motorhead. He is currently playing with Scorpions.

Dee joined King Diamond in 1985 and played on the band's albums Fatal Portrait in 1986, Abigail in 1987, and Them in 1988. He left the band but played session drums for their 1989 album Conspiracy. Dee played drums for Don Dokken's solo album Up from the Ashes in 1990. Dee replaced Phil Taylor in the band Motorhead in 1992. He played on the band's albums March or Die, Bastards, Sacrifice, Overnight Sensation, Snake Bite Love, We Are Motorhead, Hammered, Inferno, Kiss of Death, Motorizer, The World is Yours, Aftershock, and Bad Magic. Dee announced that Motorhead had disbanded following the passing of lead singer Lemmy in December 2015. 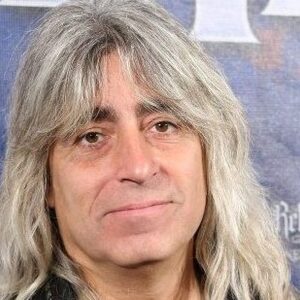