What is Mike Shinoda's Net Worth?

Mike Shinoda is an American musician and record producer and artist who has a net worth of $65 million. Mike Shinoda is best known as a member of the alternative rock band Linkin Park. To date the band has sold more than 70 million albums worldwide. Mike has designed much of the band's album artwork. They were arguably the most-popular rock group of the 2000s. He also formed a hip hop side project called Fort Minor in 2004. Additionally, Shinoda co-founded the label Machine Shop Records, and released his debut solo album, "Post Traumatic," in 2018.

Mike Shinoda was born on February 11, 1977 in Los Angeles, California and was raised in Agoura Hills. He is of Japanese-American descent on his father's side, and has a younger brother named Jason. When he was six, Shinoda was encouraged by his mother to take lessons in classical piano, and by the age of 13, was starting to gravitate toward blues, jazz, and hip hop. He attended Agoura High School with Rob Bourdon and Brad Delson; together, the three formed the band Xero. Following his graduation, Shinoda enrolled at the Art Center College of Design in Pasadena, where he studied illustration and graphic design. He graduated in 1998 with a BA degree in illustration, and went on to land a job as a graphic designer.

The rock band Linkin Park began as Xero in 1996, formed by Shinoda with his classmates Rob Bourdon and Brad Delson. Eventually, they added turntablist Joe Hahn, vocalist Mark Wakefield, and bassist Dave Farrell. The group's first record was a four-track demo tape called "Xero." When the band was unable to secure a record deal, Wakefield and Farrell left to pursue other musical endeavors, although Farrell soon returned. Later, Xero recruited Chester Bennington and finally landed a deal with Warner Bros. Records. Now going by the name Linkin Park, the band released its debut album, "Hybrid Theory," in 2000. A major success, the album went to number two on the Billboard 200 and launched the group to international fame. Three years later, Linkin Park released an even more successful album, "Meteora," which debuted at number one on the Billboard 200 and spawned the hit singles "Somewhere I Belong," "Numb," and "Breaking the Habit," among others. Subsequent albums include "Minutes to Midnight," "A Thousand Suns," "Living Things," "The Hunting Party," and "One More Light." Additionally, Linkin Park recorded "Collision Course," a collaborative album with rapper Jay-Z.

Shinoda is integral to the technical aspects of Linkin Park's recordings, and has contributed to the lyrical and instrumental arrangements of most songs. He also oversaw the group's first remix album, 2002's "Reanimation," and collaborated with various artists on the band's album cover art. Shinoda is known for his rapping on many of Linkin Park's tracks, including "Bleed it Out," "Wretches and Kings," and "Waiting for the End." On the song "Good Goodbye," Shinoda raps alongside Pusha T and Stormzy. 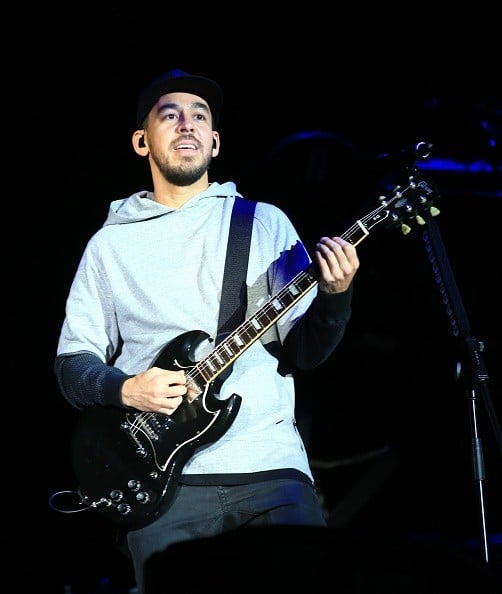 Beyond Linkin Park, Shinoda formed a side project in 2004 called Fort Minor, which was intended to show off his hip hop background. The group then released its first album, "The Rising Tied," in 2005; it featured contributions from such artists as Common, John Legend, Lupe Fiasco, and Holly Brook, and spawned the hit single "Where'd You Go." Ten years later, after a long hiatus, Fort Minor returned with the single "Welcome."

Following the death of band mate Chester Bennington, Shinoda released the EP "Post Traumatic" in January of 2018. Later in the year, he released the songs "Crossing a Line" and "Nothing Makes Sense Anymore," which were featured on his debut studio album, also called "Post Traumatic." Subsequent singles were "About You," "Running From My Shadow," "Ghosts," and "Fine." Later, during the start of the COVID-19 pandemic in March of 2020, Shinoda began sharing new music via live streaming from his home studio. He went on to release this music over three albums throughout the year: "Dropped Frames, Vol. 1," "Dropped Frames, Vol. 2," and "Dropped Frames, Vol. 3." In 2021, Shinoda released the single "Happy Endings," featuring guest vocals from Upsahl and Iann Dior.

Throughout his career, Shinoda has collaborated with numerous other artists as a music producer. He has worked with the X-Ecutioners, Lupe Fiasco, and Styles of Beyond, among others. In 2001, he established the label Machine Shop Recordings with Linkin Park band mate Brad Delson. Focused on releasing rock, hip hop, and nu metal music, the label has launched such artists as No Warning and Skylar Grey.

As an artist, Shinoda has contributed to Linkin Park's album art, merchandise, web design, and concert productions. He also designed the cover art for "2000 Fold" by Styles of Beyond; "The Underground Tapes" by Saukrates; and "Frane's Fantastic Boatride" by DJ Frane. Among his other work, he has designed shoes and dolls. In 2006, Shinoda founded a college scholarship at his alma mater of Art Center College of Design to benefit graphic design and illustration students. A couple years later, he had a public art show at the Japanese American National Museum in Los Angeles, where he exhibited nine new pieces.

In 2003, Shinoda wed author Anna Hillinger; together, they have two children.

On the philanthropic side of things, Shinoda and Linkin Park founded the charitable organization Music for Relief following the tragedy of the 2004 Indian Ocean tsunami. The group provides aid to natural disaster survivors, and offers environmental programs to helps prevent such catastrophes from happening again. Music for Relief has raised millions of dollars for the victims of such disasters as Hurricane Katrina, Cyclone Sidr, the 2010 earthquake in Haiti, and Typhoon Haiyan.

In October 2019, Mike Shinoda spent $7.95 million on a newly-built mansion in Encino, California.

In 2006 Mike paid $7.4 million for a home in a gated 90210 community high up in the hills above Sherman Oaks, California. He bought the home from comedian Tom Arnold. Tom bought the house from Paula Abdul in 1998 for $2.3 million. In February 2020 Mike listed the mansion for $9.5 million. He sold it in October 2020 for $9 million to hip-hop producer Ernest Dion Wilson, aka "NO ID". 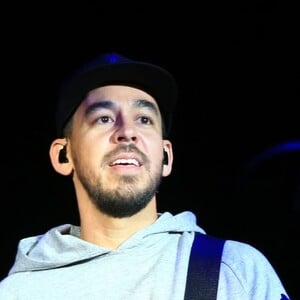