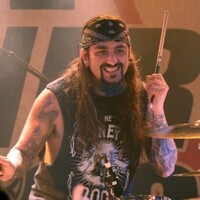 What is Mike Portnoy's Net Worth?

Mike Portnoy is a musician and songwriter who has a net worth of $8 million. Mike Portnoy is best known as the co-founder and former drummer and backing vocalist of the progressive metal band Dream Theater. He left the band in 2010 after 25 years. Since then, Portnoy has been involved with numerous other groups, including Adrenaline Mob, Yellow Matter Custard, the Neal Morse Band, Flying Colors, Sons of Apollo, and the Winery Dogs.

Mike Portnoy was born on April 20, 1967 in Long Beach, New York, where his father worked as a DJ at a local radio station. Later, he moved with his father to Carmel-by-the-Sea, California after they became enamored of the city from watching Clint Eastwood's 1971 film "Play Misty for Me." Portnoy's mother was later killed in a plane crash in 1984. Growing up, Portnoy listened to his father's large collection of LPs, and gained a passion for such artists as Rush, Queen, the Who, and the Beatles. He subsequently taught himself the drums, and started playing in the local high school bands Rising Power and Inner Sanctum.

While attending Boston's Berklee College of Music on a scholarship, Portnoy met John Myung and John Petrucci. Together, they formed the progressive metal band Majesty, before changing the name to Dream Theater. The three young men subsequently dropped out of college to focus on their music. They released their first album as Dream Theater, entitled "When Dream and Day Unite," in 1989. The band followed this with its bestselling album, 1992's "Images and Words," which peaked at number 61 on the Billboard 200. More success came with "Awake" in 1994. Dream Theater's subsequent albums were "Falling into Infinity," "Metropolis Pt. 2: Scenes from a Memory," "Six Degrees of Turbulence," and "Train of Thought." The last three of the band's studio albums featuring Portnoy are "Octavarium," "Systematic Chaos," and "Black Clouds & Silver Linings," the lattermost of which became Dream Theater's highest-charting album on the Billboard 200, reaching number six.

In 2010, Portnoy announced his departure from Dream Theater after 25 years with the band. During his tenure, the group sold millions of records worldwide and received multiple Gold and Platinum album certifications from the RIAA. Moreover, Portnoy won multiple awards from Modern Drummer magazine, and became the second youngest person after Neil Peart to be inducted into the Modern Drummer Hall of Fame. Meanwhile, Dream Theater is widely regarded as one of the "big three" bands of the progressive metal genre, alongside Fates Warning and Queensrÿche.

Beyond Dream Theater, Portnoy has been involved in a myriad of side projects and bands. In 1997, he founded the instrumental progressive metal supergroup Liquid Tension Experiment, which included John Petrucci, Jordan Rudess, and Tony Levin. The band released a self-titled album in 1998, with a follow-up coming out in 1999. After disbanding, Liquid Tension Experiment briefly reunited in 2008 for a series of live shows. The group got together again in 2020 to record a third studio album, which came out in 2021.

Portnoy was also a founding member of the progressive rock supergroup Transatlantic, along with Neal Morse, Roine Stolt, and Pete Trewavas. Its studio albums include "SMPT:e," "Bridge Across Forever," "The Whirlwind," "Kaleidoscope," and "The Absolute Universe." 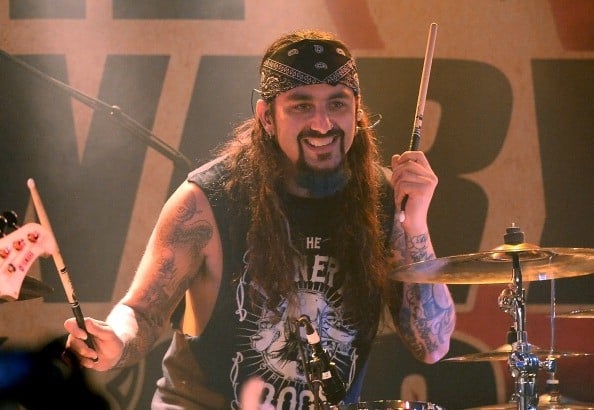 Among his many other projects, Portnoy is a member of the Neal Morse Band, featuring Morse, Eric Gillette, Randy George, and Bill Hubauer. He has also performed extensively with other artists, including OSI, Stone Sour, G3, Overkill, and Fates Warning. Following Portnoy's departure from Dream Theater in 2010, he formed a number of new bands. They include Adrenaline Mob, a heavy metal supergroup he co-founded with Mike Orlando and Russell Allen; Flying Colors, composed of Dave LaRue, Neal Morse, Steve Morse, and Casey McPherson; the Winery Dogs, co-founded with Richie Kotzen and Billy Sheehan; Sons of Apollo, featuring Sheehan, Derek Sherinian, Ron Thal, and Jeff Scott Soto; and Metal Allegiance, composed of Mark Menghi, Alex Skolnick, and David Ellefson.

Portnoy has also created various tribute bands to artists such as Rush, the Who, and the Beatles. He is a member of BPMD, a heavy metal supergroup and cover band that performs songs by ZZ Top, Aerosmith, James Gang, and Grand Funk Railroad, among other artists. On top of his own bands, Portnoy has briefly played with the bands Avenged Sevenfold, Haken, and Between the Buried and Me. He also recorded the first two albums of the progressive rock band OSI, entitled "Office of Strategic Influence" and "Free."

Portnoy is married to Marlene Apuzzo, the former guitarist of the all-female thrash metal group Meanstreak. The two reside in the Lehigh Valley region of Pennsylvania with their children Max and Melody. Like his father, Max is also a drummer, and has been involved in the bands Next to None, Tallah, and Code Orange.

A recovering alcoholic, Portnoy quit drinking in 2000 following the last show of Dream Theater's "Scenes from a Memory" tour.