The band Toto is best known for their Top 5 hit singles "Rosanna", "Hold the Line", and "Africa". They have released a total of 17 albums and have sold more than 35 million albums. They were inducted into the Musicians Hall of Fame and Museum in 2009 and have won multiple Grammy Awards. Mike's brothers Jeff and Steve Porcaro have also been part of Toto. Their father is the jazz drummer and percussionist Joe Porcaro. Mike was a session bass player before joining Toto. In 2007 he stopped performing due to numbness in his fingers which made it difficult to play bass. He announced that he was suffering from Amyotrophic lateral sclerosis (Lou Gehrig's disease) in 2010 and in 2012 that he was in a wheelchair due to the disease. Mike Porcaro passed away in his sleep on March 15, 2015 at the age of 59. 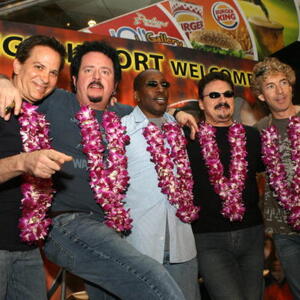