Mike Ness net worth: Mike Ness is an American guitarist, vocalist, and chief songwriter for the punk rock band Social Distortion, who has a net worth of $4 million. Mike Ness was born on April 3rd, 1962 in Stoneham, Massachusetts. Ness and his family moved to Fullerton, California when he was young and he grew up in a broken home.

He was kicked out of his father's home at age 15. Around this time he got involved in the punk rock scene. He was promptly arrested at his band's first show for spitting in a cop's face. Social Distortion's first album, "Mommy's Little Monster" brought them fame around L.A., as did their first tour with Youth Brigade as documented in the 1983 movie, Another State of Mind (1984). Mike quickly went on a downward spiral of drugs and depravity. After arrests for burglary and hospital stays for overdoses, he cleaned up, reformed Social Distortion and released the album "Prison Bound" in 1987. In 1989, Social Distortion signed a deal with Epic Records. In 1999, he released his first solo album, Cheating at Solitaire. In 2003, Social Distortion recorded a live DVD called Live in Orange County at the House of Blues in Anaheim, California. In February 2006, Mike broke his wrist while skateboarding in Las Vegas. He continued to perform vocals on the tour. In 2008, Ness and his band were joined on stage by Bruce Springsteen at the Stone Pony in Asbury Park, New Jersey for the encore. On April 16, 2009 he joined Springsteen and the E Street Band on stage at the Los Angeles Sports Arena. On May 18, 2009 Ness and Social Distortion played a benefit show at the House of Blues in Anaheim, California called "Rock to Recovery". He currently lives in Newport Beach, California with his wife Christine and two sons. 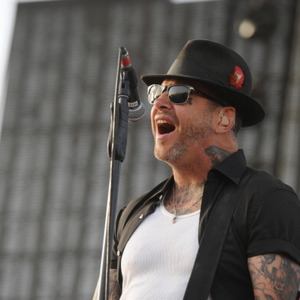