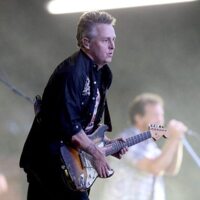 What Is Mike McCready's Net Worth?

Mike McCready is an American musician who has a net worth of $70 million. McCready is best known for being a founding member of Pearl Jam alongside Eddie Vedder, Stone Gossard, and Jeff Ament. Mike has also been a member of the bands Temple of the Dog, Flight to Mars, The Rockfords, and Mad Season.

Mike McCready was born Michael David McCready on April 5, 1966, in Pensacola, Florida. Mike's parents, Louise and Roy, moved the family to Seattle, Washington, when he was a baby, and at age 11, he bought a guitar and started taking lessons. He formed the band Warrior (later known as Shadow) in eighth grade, and after starting out as a cover band, the members began writing their own music. After graduating from high school, McCready took a job at a pizza restaurant where he became friends with musician Pete Droge. The band moved to Los Angeles in 1986, and Mike said of the experience, "Basically, we weren't that good of a band, and we didn't realize it until we got down there. I guess we lost our focus, got really bummed out and came back to Seattle." The band split up after returning to Seattle in 1988, and McCready worked at a video store while attending college. He had lost interest in playing music, but a Stevie Ray Vaughan concert inspired him to start playing guitar again. Mike joined the band Love Chile, and his childhood friend Stone Gossard saw one of their shows and asked McCready to play music with him. After a few months, Mike encouraged Stone to get in touch with his former Mother Love Bone bandmate Jeff Ament, and the trio began working on forming a band.

In 1990, Soundgarden frontman Chris Cornell asked McCready, Gossard, and Ament to take part in the project Temple of the Dog, a musical tribute to former Mother Love Bone vocalist Andrew Wood, who had recently died of a heroin overdose. Soundgarden drummer Matt Cameron completed Temple of the Dog's line-up, and Eddie Vedder participated in the project after he flew to Seattle to audition for the band that would become Pearl Jam. In April 1991, A&M Records released the album "Temple of the Dog," and it went Platinum and reached #5 on the "Billboard" 200 chart. McCready, Gossard, Ament, Vedder, and drummer Dave Krusen formed Pearl Jam (originally called Mookie Blaylock) in 1990, and they signed with Epic Records in 1991. The band released its debut album, "Ten," on August 27, 1991, and it reached #2 on the "Billboard" 200 chart. The album was certified Diamond in 2009, and the singles "Even Flow" and "Jeremy" were top 10 hits on the "Billboard" Mainstream Rock chart. The band followed their successful debut with the #1 albums "Vs." in 1993, "Vitalogy" in 1994, and "No Code" in 1996. They had their first #1 hit with 1993's "Daughter," and they won a Grammy for 1994's "Spin the Black Circle." 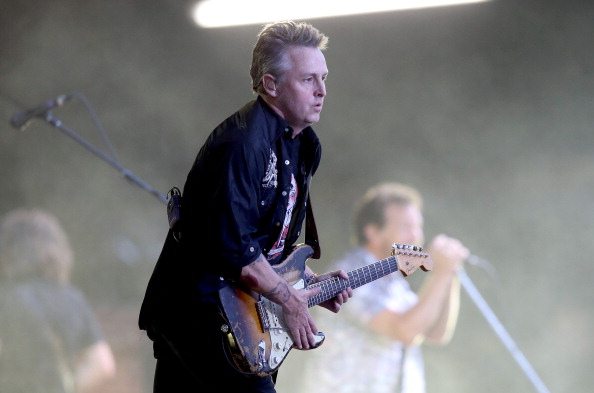 Mike is married to Ashley O'Connor, and they have three children. McCready was diagnosed with Crohn's disease at age 21, and he endorsed President Barack Obama because of his Patient Protection and Affordable Care Act, which prohibits insurance companies from denying coverage to people with preexisting conditions. Mike made a video called "Life is a Pre-existing Condition" in 2012, and he performs annually at a benefit concert for the Crohn's and Colitis Foundation of America's Northwest chapter. McCready has struggled with substance abuse during his life, particularly in 1994 after the death of Kurt Cobain and in 2000 while "going through some personal problems." In 2017, he took part in a charity tennis match for the Roger Federer Foundation to raise funds for Match for Africa, teaming up with John Isner to compete against Federer and Bill Gates, who won the match 6–4. Mike is an avid photographer, and in 2017, he published the book "Of Potato Heads and Polaroids: My Life Inside and Out of Pearl Jam," which documents "years of touring and travels" with the band. In 2018, McCready received the Stevie Ray Vaughan Award at the MusiCares Concert For Recovery "in recognition of his significant dedication to and support of MusiCares and his commitment to helping others in the addiction recovery process."